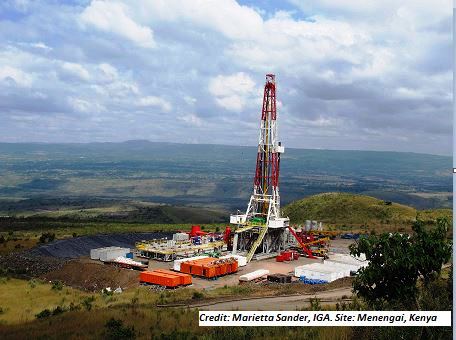 Specifications for the application of the United Nations Framework Classification for Fossil Energy and Mineral Reserves and Resources 2009 (UNFC) to geothermal energy resources were released today for public comment until 4 August 2016.

Growing interest in renewable energy has highlighted a need to harmonize the way in which renewable energy potential is reported. Investors, regulators, governments and consumers need a common comparison framework for both renewable and non-renewable energy resources to assess energy sustainability scenarios at project, company, country, region or world levels. With no globally agreed geothermal standards, guidelines or codes existing prior to the development of these specifications, the inclusion of geothermal energy within UNFC will improve global communication in the geothermal sector as part of the larger energy sector.

According to the Renewables 2016 Global Status Report published by the Renewable Energy Policy Network for the 21st Century (REN21) on 1 June, about 315 MW of new geothermal power capacity came online in 2015, bringing the global total to 13.2 GW. However, this represents only a 2.4% increase over 2014 figures. Low fossil fuel prices, combined with high project development risk, created unfavourable conditions for geothermal energy. Whilst there is great potential for the development of geothermal energy, both for direct use of heat and electricity generation, particularly in the developing world, a lack of clear guidelines and standards is an impediment to geothermal energy becoming a viable option at a global scale. Through this public comment the views of all stakeholders are being sought to ensure development of robust specifications that could be used by governments, regulators, industry and financiers alike.

The geothermal specifications were prepared by a dedicated Working Group led by Professor Gioia Falcone of Cranfield University, United Kingdom. The Working Group comprises representatives from the United States National Renewable Energy Laboratory, Geological and Geophysical Institute of Hungary, TNO of the Netherlands, Energy Development Corporation of the Philippines, University of Pisa of Italy, GPC Instrumentation Process, Hogarth Energy Resources, JACOBS, Landsvirkjun National Power Company of Iceland, MAGAK and Mil-Tech UK Ltd. The International Geothermal Association (IGA), with whom UNECE has a Memorandum of Understanding to develop the Specifications and Guidelines for the application of UNFC to geothermal energy, was also a key contributor. The Working Group operates jointly under the Task Force on Application of UNFC to Renewable Energy Resources of the Expert Group and the IGA’s Resources and Reserves Committee. David MacDonald, Chair of the Expert Group on Resource Classification and Vice President for Segment Reserves at BP, noted “There is currently no universally accepted classification system for geothermal energy resources and UNFC offers a good starting point.”

Twelve application examples from Australia, Germany, Hungary, Italy, the Netherlands, New Zealand, the Philippines and Russia are included with the specifications to facilitate understanding of the applicability of UNFC to geothermal energy resources.

Graeme Beardsmore, Chair of the IGA Reserves and Resources Committee stated, “The application examples illustrate how UNFC can be used to classify a wide range of different geothermal projects. We now want the public to test the framework by classifying their own projects, and let us know of any issues that still need to be addressed.“

UNFC has been developed by the Expert Group on Resource Classification under the auspices of UNECE and is applicable to all extractive activities worldwide, including coal, gas, oil and uranium. Work has progressed significantly to broaden its application to encompass renewables. Generic specifications for application to renewables were recently agreed on by the Expert Group at its annual meeting in April. In September they will be submitted to the Committee on Sustainable Energy for approval. This work on specifications for geothermal energy is an important stepping stone. Similar work on bioenergy is currently underway and activities on hydro, solar and wind are being launched.