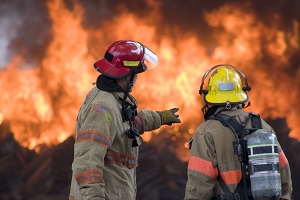 Twenty-five years ago today, a key regional instrument aimed at protecting people and the environment from the devastating effects of industrial accidents was adopted. On 17 March 1992 in Helsinki 26 countries and the European Union signed the UNECE Convention on the Transboundary Effects of Industrial Accidents. Since then, a number of other countries have joined the Convention, which has 41 Parties to date.

The Convention was negotiated in response to the major chemical accident in Schweizerhalle, Switzerland, (Sandoz accident) in 1986, with the aim to improve transboundary cooperation in industrial accident prevention, preparedness and response. The Sandoz accident was one of the worst environmental disasters in Europe. It caused vast transboundary water pollution through the Rhine River, threatened drinking water supplies and devastated fish stocks in Switzerland, France, Germany and the Netherlands.

After a quarter of a century of work under the Convention, what improvements have been made in the UNECE region? Clearly, the Convention has greatly improved cooperation within and between countries on industrial safety issues and, hence, contributed to better environmental governance and higher safety standards in the region. The Convention has also helped to create a common safety culture in the region by developing UNECE safety guidelines for tailings management facilities, pipelines and oil terminals, plus checklists for transboundary contingency planning and the preparation and review of safety reports. These tools provide excellent guidance to implement the provisions of the Convention, particularly for countries with economies in transition.

Numerous transboundary exercises under the Convention have also helped to improve countries’ preparedness for and response to industrial accidents, for example, between Poland and the Russian Federation (2002), between Bulgaria, Romania and Serbia on the Danube River (2009) and between the Republic of Moldova, Romania and Ukraine in the Danube Delta (2015). Furthermore, since the inception of the Convention’s Assistance Programme in 2004, more than 50 assistance activities have been implemented to support countries with economies in transition in advancing their implementation of the Convention. Ms. Jasmina Karba, Slovenia’s focal point for the Convention for many years and, since 2014, Chair of the Conference of the Parties to the Convention, says proudly “I am pleased to see the positive impact that the cooperation among Parties to the UNECE Industrial Accidents Convention has had on their progress towards protecting people and the environment from industrial accidents.”

Twenty-five years after its adoption, the UNECE Industrial Accident Convention continues to be an excellent tool for improving industrial safety in the region. At the same time, the Convention is playing an important role in addressing new global challenges and achieving sustainable development and disaster risk reduction. The Convention’s relevance to these goals was acknowledged at a seminar on fostering implementation of the sustainable development agenda for industrial accidents prevention, preparedness and response, jointly organized with the Organization for Economic Cooperation and Development (OECD) in November 2016 in Ljubljana. The work under the Convention helps to avoid deaths and illnesses from hazardous chemicals, prevent accidental water pollution, strengthen disaster resilience and ensure public participation in decision-making on the siting of industrial facilities. It also assists people to understand technological disaster risks and enhance disaster preparedness.

Ms. Torill Tandberg, member of the Convention’s Bureau and Chair of the OECD Working Group on Chemical Accidents, observes that “The seminar in Ljubljana, highlighted that the work of OECD and UNECE on industrial and chemical accident prevention, preparedness and response contributes to achieving the goals set out in the Sendai Framework for Disaster Risk Reduction 2015-2030 and the 2030 Agenda for Sustainable Development, including its Sustainable Development Goals. International organizations like UNECE and OECD must therefore intensify their efforts to support countries in implementing these global commitments.”

The UNECE Industrial Accidents Convention secretariat will continue to work with countries on improving accident prevention, preparedness and response, particularly countries with economies in transition. UNECE will also continue to facilitate the implementation of transboundary response exercises and the development and application of relevant guidance materials, for example a guidance document on land-use planning. In all its activities, UNECE upholds partnerships and inter-agency cooperation to take advantage of synergies break down silos and avoid duplication of work. To this end, in 2013 UNECE established an inter-agency coordination group on industrial accidents, which meets annually. Though much has been achieved over the past 25 years, much more has to be done by 2030 to achieve global development goals and protect individuals and the environment. The Industrial Accidents Convention has an important role to play in that work.

Since the early 1990s UNECE has committed itself to the prevention of, preparedness for and response to industrial accidents, especially those with transboundary effects in its region. The 1992 Convention on the Transboundary Effects of Industrial Accidents (Industrial Accidents Convention) helps protect human beings and the environment against such accidents by preventing them as far as possible, reducing their frequency and severity and mitigating their effects. To date there are 41 Parties to the Convention: Albania, Armenia, Austria, Azerbaijan, Belarus, Belgium, Bosnia and Herzegovina, Bulgaria, Croatia, Cyprus, Czechia, Denmark, Estonia, European Union, Finland, France, Germany, Greece, Hungary, Italy, Kazakhstan, Latvia, Lithuania, Luxembourg, Monaco, Montenegro, Netherlands, Norway, Poland, Portugal, Republic of Moldova, Romania, Russian Federation, Serbia, Slovakia, Slovenia, Spain, Sweden, Switzerland, the former Yugoslav Republic of Macedonia and United Kingdom of Great Britain and Northern Ireland.