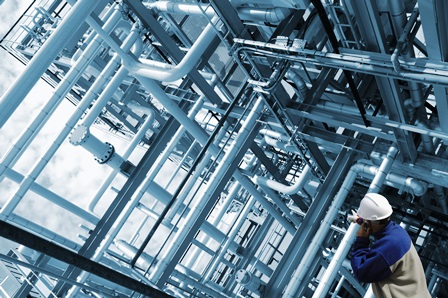 Safety at industrial facilities across 40 countries in Europe will be enhanced with the inclusion of 13 additional categories of hazardous substances and 32 more chemicals with serious health and environmental effects within the scope of the UNECE Convention on the Transboundary Effects of Industrial Accidents (Industrial Accidents Convention). This will start on 19 December 2015 with the entry into force of an amendment to the Convention. Countries that are Contracting Parties to the Convention must oblige industrial operators holding the hazardous substances to reduce the risks of industrial accidents through the adoption of safety measures and standards, the monitoring and auditing of hazardous activities, and the education and training of personnel.

The inclusion of new categories of hazardous substances, such as flammable aerosols and organic peroxides, will require new industries, such as the cosmetics and consumer goods industries, to ensure the safe production, handling and storage of these substances. The list of named substances or chemicals covered by the Convention now includes widely used substances like oxygen, liquefied petroleum gas, natural gas and methanol, but also substances of particular concern to human health and the environment, such as selected carcinogens, arsenic compounds and persistent organic pollutants (dioxins).

The change aligns the list of substances contained in annex I to the Industrial Accidents Convention with the United Nations Globally Harmonized System of Classification and Labelling of Chemicals (GHS), as well as with the European Union Directive on the control of major-accident hazards involving dangerous substances (Seveso III Directive). The change in the scope of the Industrial Accidents Convention will also support the efforts of the UNECE member States to engage in prevention measures to protect both human health and the environment from the negative consequences of industrial accidents involving hazardous substances.

The alignment with the GHS will further facilitate the introduction of a common system for the classification of chemicals across the region and beyond, and will, as such, facilitate the international trade of safely managed chemicals.

To support countries in Eastern and South-Eastern Europe, the Caucasus and Central Asia in their efforts to introduce and implement the amendment to annex I to the Industrial Accidents Convention, the Convention’s Assistance Programme will continue to provide targeted support to these countries, and develop the tools and guidance necessary to improve the regulatory frameworks and institutional structures governing industrial safety in these countries.

As the regulatory net for hazardous chemicals widens, the safety of UNECE citizens and the level of protection of the environment will increase due to the introduction of improved safety measures for industrial accident prevention, preparedness and response for a range of new economic activities within the region.

The 1992 Convention on the Transboundary Effects of Industrial Accidents is designed to protect people and the environment against industrial accidents. The Convention aims at preventing accidents from occurring, or reducing their frequency and severity and mitigating their effects if they should occur. To date there are 41 Parties to the Convention, which include, besides the European Union and 25 of the European Union member States (excluding Ireland and Malta), Albania, Armenia, Azerbaijan, Belarus, Bosnia and Herzegovina, Kazakhstan, Monaco, Montenegro, Norway, the Republic of Moldova, the Russian Federation, Serbia, Switzerland and the former Yugoslav Republic of Macedonia.

In 2004, the Conference of the Parties to the Convention adopted an Assistance Programme. Albania, Armenia, Azerbaijan, Belarus, Bosnia and Herzegovina, Croatia, Georgia, Kazakhstan, Kyrgyzstan, Republic of Moldova, Serbia, Tajikistan, the former Yugoslav Republic of Macedonia, Ukraine and Uzbekistan, through the adoption of a high-level commitment declaration in 2005, have committed themselves to progress towards the implementation of the Convention by using the Assistance Programme.

In the period 2015–2017, with the support of Norway and in cooperation with the UNECE Subcommittee of Experts on GHS, targeted capacity-building support is being provided under the Assistance Programme to the countries in Eastern and South-Eastern Europe, the Caucasus and Central Asia for the implementation of the Convention’s amended annex I. More information about the Industrial Accidents Convention can be found at: