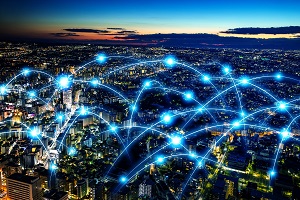 Without a census, we cannot know such fundamental things as how many people live in a country, their ages or their income per capita. We cannot meaningfully predict future population and the need for schools, homes or public services. Censuses are essential for many of the indicators that enable us to measure progress towards the Sustainable Development Goals—in fact, they are so crucial to achieving sustainable development that conducting a census is itself one of the targets of the 2030 Agenda (target 17.19).

For National Statistical Offices, a census is therefore the cornerstone of their work. But it can also be the most complex, expensive and time-consuming exercise of any statistical office, with costs escalating into the billions of dollars in some countries.

Countries are increasingly favouring alternative means of gathering information needed for their censuses, instead of the ‘traditional’ techniques of sending out printed forms, interviewing people in person, or even the more modern but still direct approaches to data collection from individuals, such as online questionnaires.

Instead they are looking to indirect means of gathering data, from population registers or from other sources—known as administrative data sources—which are collected for some other reason, but which can provide the same information that is collected by a census. Changing from a traditional census to one based on administrative data is often complicated and costly to set up from scratch, but in the long run countries have found that it can lower costs, produce data more rapidly, and reduce some of the challenges of reaching all members of the population.

For all of these reasons, these kinds of censuses are rapidly becoming the favoured method in the UNECE region, with more than half of member States planning a register-based or combined approach for the 2020 census round.

Some countries, such as Denmark and Finland, have successfully been conducting register-based censuses for decades. Other countries may not find it easy to make the switch. The general public might welcome the idea of not having to fill out a form, but they may be nervous of having data collected about them in an indirect way. In some cases, a general mistrust of government can make people uncomfortable with the idea of data from different sources being linked up and reused, and they may not understand that it will be used only for statistics.

Statistical offices are governed by the Fundamental Principles of Official Statistics which hold them to the highest ethical standards and ensure they only use data for statistical purposes, but in moving to modern census techniques they have to face the challenge of proving this trustworthiness and transparency. They also have their work cut out to obtain a legal basis for the new methods; ensure quality and continuity of the administrative sources to be used; and secure the cooperation of the various agencies providing the administrative data.

Given the many challenges to be confronted, and the diverse experience across the UNECE region, an international Task Force of census experts has produced a set of Guidelines on the use of registers and administrative data for population and housing censuses.

The Guidelines, endorsed by the Conference of European Statisticians, consider all these challenges and more, offering guidance on operational, practical, technical and legal aspects, along with nine country case studies to showcase the pros and cons of different approaches.

Information on plans for the 2020 census round for UNECE countries can be found at https://statswiki.unece.org/x/XgSoBw.