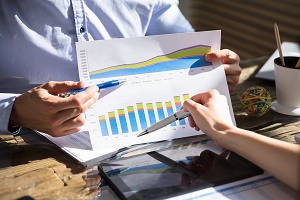 Strong legal backing is a key element for countries to ensure the production of impartial and reliable statistics according to the United Nations Fundamental Principles of Official Statistics. This will be especially relevant when developing statistics in the context of the 2030 Agenda for Sustainable Development.

Countries from Eastern Europe, the Caucasus and Central Asia were the first to request the development of international guidance on statistical legislation, which led to the Generic Law on Official Statistics endorsed in 2016, which introduced the first ever internationally agreed generic statistical legislation. Moldova and Armenia are the first countries that have modernised their legal frameworks for statistics according to the Generic Law.

As the landscape of information producers is rapidly changing– including through the proliferation of new and alternative information sources online and through social media –, statistical offices need a legislative and institutional infrastructure that can support them in developing new business models, engaging in partnerships and using new data sources and technologies. Based on these needs and the experience with the Generic Law, countries requested the development of common elements of statistical legislation that could be applicable to all countries of the UNECE region and beyond.

Recognizing this need, Chief Statisticians from about 60 national statistical organizations have yesterday adopted the Guidance on modernising statistical legislation, which sets out internationally agreed guidance to bolster the independence, integrity and accountability of official statistics.

Although the ways in which statistical systems are organized vary between countries, many common principles apply to their functioning. Developing a shared approach to the challenges and opportunities faced by statistical systems can therefore be advantageous. The new Guidance, adopted at the

66th session of the Conference of European Statisticians (CES), identifies common elements of statistical legislation and defines their intended outcomes with the aim of inspiring countries wishing to benchmark or update the legal framework of their national statistical system.

This will benefit countries in further strengthening their statistical systems by supporting more agile strategic development of official statistics, and closer alignment with the United Nations Fundamental Principles of Official Statistics.

UNECE member countries and a number of countries from beyond the region supported the Guidance and have emphasised it usefulness. Chile, Malta, Norway, Rwanda, Slovakia and Switzerland are planning to use the Guidance in revising their laws on statistics. For example, Malta has found the Guidance to be “extremely useful especially now that the Malta Statistical Act (MSA act) is being discussed with a view to amend it.” Switzerland considers the Guidance “a very helpful tool to elaborate a revision project. It has collected the most important principles for a Statistic Act which corresponds to existing national practices”. For Finland, “the document provides excellent guidance on general level for all interested to develop legislation for National Statistical Systems.” Australia considered that the Guidance should be made a compulsory read for new Chief Statisticians and senior officers who do not have background in statistical systems, and embed it in leadership training programmes.

The Guidance will be published later this year.Note to EditorsAbout the Conference of European Statisticians

The Conference of European Statisticians (CES) is one of the oldest statistical bodies globally, founded in 1953 with its roots in the League of Nations and the first Conference on Statistics in 1928. CES provides a platform for the coordination of international statistical work in the UNECE region, for addressing emerging issues and for developing methodological guidelines and recommendations to improve national statistics and their international comparability.

The Heads of statistical services of the international agencies that participate regularly in the CES work are also invited.

The diversity of the UNECE region provides a good basis for developing guidelines both for developed and developing statistical systems. Through the Conference, countries can share the burden of statistical development by exchanging expertise with an international pool of experts.