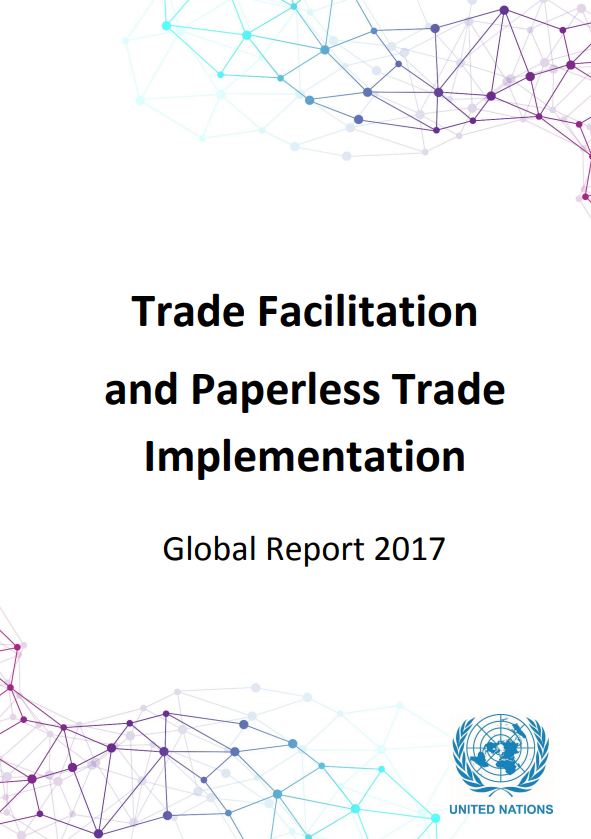 Reducing trade costs is essential for countries to effectively harness trade as an engine for growth and sustainable development. This can be accomplished by tackling non-tariff sources of trade costs and addressing cumbersome regulatory procedures and documentation requirements. Indeed, trade facilitation (the simplification and harmonization of import, export and transit procedures) including paperless trade (the use and exchange of electronic data and documents to support the trade transaction process), has taken on increasing importance as evidenced by the WTO Trade Facilitation Agreement (TFA) which entered into force in February 2017, as well as the growing number of regional and subregional initiatives aimed at facilitating the electronic exchange of information along international supply chains.

The United Nations Economic Commission for Europe (UNECE), along with the other Regional Commissions, for Africa (ECA), Asia and the Pacific (ESCAP), Latin America and the Caribbean (ECLAC) and Western Asia (ESCWA), launched today the second Global Report on Trade Facilitation and Paperless Trade Implementation.

The results, based on data from 120 countries worldwide, show that the global average implementation rate of the set of trade facilitation and paperless trade measures considered in the survey is about 60 per cent. A like-for-like comparison between the first and second global surveys shows that the overall implementation rate increased by approximately 9 percentage points between 2015 and 2017, indicating that countries have been making rapid progress, especially for the measures covered by the WTO TFA. Results for the 36 UNECE member States participating in the survey indicate an overall implementation of 69% per cent, which marks an impressive 7 percentage points increase since 2015.

While top performers such as the Netherlands (93.6 percent), Singapore (90.3 percent), the Republic of Korea (89.2 percent) and China (84.9) have maintained their momentum, the report shows that being a small or less developed country is not necessarily associated with poor trade facilitation performance. In fact, more than 40 economies with GDP per capita of less than $10,000, achieve implementation rates higher than 50%.

Challenges, however, persist in relation to the automation of trade procedures and the use of electronic data and documents in many countries. Cross-border paperless trade measures register an overall implementation rate of about 33% only globally, which is substantially lower than for of the other groups of measures surveyed.

Accordingly, the report calls for a substantial acceleration of paperless and cross-paper trade. In this connection, the policy recommendations and technical standards developed by UNECE, with its UN Centre for Trade Facilitation and Electronic Business (UN/CEFACT), are key supporting tools not only for the European and Central Asian regions, but also for other regions across the world. In Asia and the Pacific, the Framework Agreement on Facilitation of Cross-Border Paperless Trade, adopted last year at UNESCAP, will provide the institutional foundation for member States to cooperate and make progress in this area.

The global survey, led by UNESCAP, was jointly conducted by the United Nations Regional Commissions in collaboration with key partners, including UNCTAD, ITC, OECD, ADB, ASEAN, the Eurasian Economic Commission and the Oceania Customs Organization.

The Global Report is available at: http://www.unece.org/DAM/trade/TF_JointUNRCsApproach/GlobalReport_Oct2017.pdf

Five Regional Reports, each produced by the respective United Nations Regional Commission, and providing a more detailed outlook of countries performance in each region, are expected to be launched by the end of 2017.