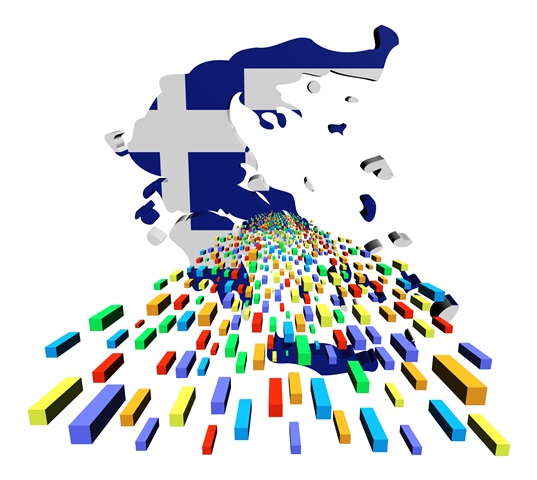 In 2012 UNECE participated in the Task Force set up by the European Union to help Greece design a holistic national Trade Facilitation Strategy. In October 2012 the Greek Government approved the Trade Facilitation Roadmap 2013-2015, which aims at helping the country develop sustainable exports. Subsequently, UNECE supported the Greek Government in implementing this important reform programme.

After approval by the Government, the implementation of the Roadmap became part of the financial agreements between Greece and the Troika (European Central Bank, European Commission, and International Monetary Fund). The delivery on this reform programme, which is measured via Key Performance Indicators, is seen as a crucial milestone to re-establish trust in the Greek economy and restore sustainable economic growth.

As a result of these efforts, Greece has made important progress in the implementation of the trade facilitation reform programme: With UNECE’s support, export procedures were analysed and simplified; Customs procedures were simplified, an automated risk management system was implemented, a modern electronic Customs data management was put into place and legislation simplified.

In delivering this project, UNECE closely works with the World Customs Organization (WCO), which provides highly specialised customs expertise, and the Task Force for Greece (TFGR) of the European Commission, that liaises with experts of the Commission and member country administrations.

Through the reform programme, in less than two years Greece has significantly improved its international ranking in trade facilitation and trade competitiveness, as evidenced by international studies published in the first quarter of 2014.

UNECE will continue to support the trade facilitation reform process in Greece. Preparation for a Single Window Pilot Implementation in Greece has already started. UNECE is also working with Greek ministries on a proposal for a Smarter Food from Greece Concept, using modern information technologies to create export opportunities in high value markets for Greek smallholders.

UNECE has been developing trade facilitation recommendations and tools for over 50 years. Trade facilitation can bring huge benefits to countries in terms of: reduced costs both for governments and for trade; increased efficiency and predictability; and enhanced transparency.

Recommendations and standards drawn up by the UNECE’s Centre for Trade Facilitation and Electronic Business (UN/CEFACT) will play a significant role in the implementation of global trade facilitation following the World Trade Organization’s Bali Agreement on Trade Facilitation in December 2013.