Hydrogen can be part of the solution to decarbonize our economies

Hydrogen can be part of the solution to decarbonize our economies 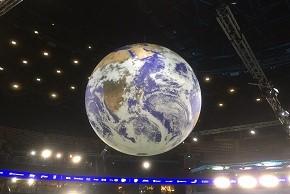 Over the last two weeks at COP 26, governments, the private sector and a wide range of actors have unveiled plans for climate action in crucial areas ranging from methane, to forests, finance, fashion, transport and far beyond. As US Special Presidential Envoy for Climate John Kerry put it in our discussion last week, “you don’t get this done unless we are all in”. Indeed, without seriously ramping up ambition and concrete measures by all stakeholders and in all areas, we will not stand a chance of meeting the critical 1.5-degree Celsius target. And we are still way off track.

Decarbonizing energy must remain a priority. One area of significant potential is the development of the hydrogen economy, where UNECE’s new technology brief puts the spotlight on the key opportunities and challenges in the region.

A number of UNECE member States are already pushing ahead with hydrogen initiatives – Austria, France, Germany, the Netherlands, Sweden and the UK, for instance, are among global leaders for large-scale hydrogen projects, while the EU’s ambitious Hydrogen Strategy aims to provide 1 million tonnes of renewable hydrogen by 2024 and 10 million tonnes by 2030. Many countries in the region have launched experiments, and have mobilized billions of dollars of financing, with many more expressing interest in this area.

As a key enabler for the development of a hydrogen economy, Europe has a well-established network of gas infrastructure, making the region well placed to become a key player in the future. But delivering on the potential of hydrogen – which can be used in transport, homes, industry and power generation – to contribute to the Paris Agreement and 2030 Agenda will require public and private investment on a massive scale and sustained political commitment, especially as “clean hydrogen” is today 2-3 times more expensive to produce than hydrogen from natural gas or other hydrocarbons, which currently accounts for 95% of production.

According to the EU Hydrogen Strategy, cumulative investments of €180-470bn would be required by 2050 for renewable hydrogen development in Europe, while an estimated €3-18bn would be needed for low-carbon hydrogen (fossil-based with Carbon Capture Use and Storage).

Clearly, we still have a long way to go, and on this path, UNECE will continue to facilitate policy dialogue at regional level on hydrogen and the development of norms and regulations for its safe transport, storage and use, which are essential for the shift to a hydrogen economy.

Here I am proud of our contribution to date. For example, international regulations developed by the World Forum for Harmonization of Vehicle Regulations as early as 2013 and applied in major automotive markets worldwide provide the basis to increase the use of Hydrogen and Fuel Cell Vehicles.

For a fully-functioning hydrogen economy, safely transporting important volumes of H2 within and across borders is also a critical issue. The ECOSOC Committee of Experts on the Transport of Dangerous Goods serviced by UNECE develops and updates provisions for the safe transport of hydrogen by all modes of transport, which are included in the UN Model Regulations on the Transport of Dangerous Goods. These provisions are taken into account within the international legal instruments administered by UNECE, covering transport by road (ADR) and inland waterway (ADN), and we also work to ensure they are harmonized with international provisions for rail transport.

Finally, hydrogen is among the substances covered by UNECE’s Industrial Accidents Convention, which supports countries to improve safety at industrial facilities and of pipelines by reducing risks posed by this highly flammable and explosive substance.

There is no single solution to decarbonize our economies on the scale required, but hydrogen has an important role to play. Given the major investments needed and policy challenges ahead, reaping the benefits of a future hydrogen economy will take significant political commitment and the sustained engagement of both the public and private sectors. With the need clearer than ever to harness all available tools for climate action, you can count on UNECE’s continued support.