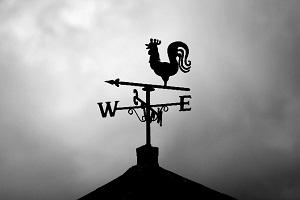 In 2022, we will celebrate 30 years since the formulation of the Fundamental Principles of Official Statistics and their adoption by UNECE. The Fundamental Principles were subsequently adopted in 1994 by the  United Nations Statistical Commission; endorsed by the Economic and Social Council (ECOSOC) in 2013; and in January 2014 they were adopted by the UN General Assembly, making them a recognized global standard for all official statistics.

The core values enshrined in the Fundamental Principles when they were devised 30 years ago still resonate today. Equality, impartiality, independence, accountability and transparency, and all the other values referred to in the Fundamental Principles, continue to drive everything that official statisticians do. And the resulting hallmarks of official statistics—privacy and confidentiality, scientific robustness, accuracy and relevance, among others—are as central to the work of National Statistical Offices (NSOs) today as they were in 1992.

However, the world in which NSOs operate has changed greatly. The proliferation of data sources now being used, coupled with the new technologies being harnessed and the expanding role of NSOs as data stewards who curate data from a range of other sources, has resulted in an enormous expansion of activities and responsibilities.

COVID-19 has had a profound impact on the way NSOs respond to changing demands and evolving possibilities. While most NSOs were already in the midst of gradual processes of modernization, the pandemic has taken them to places and at speeds they never thought possible.

Time has thus come to re-examine the values that official statisticians hold dear, and the defining features of official statistics that derive from those values, to ensure they reflect the expanded scope of NSOs’ work in today’s world.

Relevance – NSOs no longer provide only data, they provide stewardship services including consultation, advice and various other related services. They guide users to the information they need, and aid them in drawing insights from that information.

Privacy and Confidentiality – Of course, this still holds. Without it NSOs would not have the trusts of citizens to be able to fulfil their mandate, but added to this now is data ethics – which goes beyond having the right to collect data, to determining whether there is a real concrete necessity for this information and examining the ethical implications of collecting or acquiring the information. Statistics Canada, like many other NSOs, thinks not so much about privacy and confidentiality of data as about respect for the person and their personal information. This puts respondents in the centre of the data ecosystem with an understanding of the value they put on their personal information.

Use of sound methods (or statistical integrity) – It goes without saying that NSOs continue to use sound methods, but they have also been embracing new developments to meet the needs of policymakers. Adding data science, experimental estimates, machine learning and incorporating other statistical techniques and methodology more widely has enabled NSOs to be responsive. Increasingly, NSOs are recognizing that they have a duty to experiment, innovate and embrace new methods and tools if they shift the balance of costs and benefits.

Transparency – NSOs continue to work in a transparent manner, providing information related to the quality of the data and details of how they were gathered, but they have gone beyond that. They are also helping other areas in governments with data literacy training and data standards. They are sharing their statistical expertise with other government entities and even outside of government, to ensure they develop appropriate statistical outputs.

The UNECE Conference of European Statisticians, composed of the chief statisticians of some 65 countries and international organizations, kicked off a wide-ranging debate to re-examine the values they hold dear, with a seminar on ‘how national statistical systems adhere to the core values of official statistics’. Mexico, Norway, Ireland, Colombia and Canada shared reflections on how they uphold the values and how they have evolved over time, especially over the past year in connection with the pandemic.

The Conference decided to undertake a review to define what constitute the core values of official statistics today; examine how these are underpinned by the immutable Fundamental Principles; and, most importantly for the world at large, how these translate into behaviours and features of official statistics that set them apart from others. A global conversation has been set in motion, involving not only those who produce official statistics but also those who use them. The resulting work will be reported to the 70th plenary session of the Conference of European Statisticians in 2022, as part of the activities to mark the 30th anniversary.

Parts of this text are derived from the remarks made by Anil Arora, Chief Statistician of Canada, at the 69th plenary session of the Conference of European Statisticians on 24 & 25 June 2021.