Nitrogen pollution must be reduced to restore ecosystems

Nitrogen pollution must be reduced to restore ecosystems 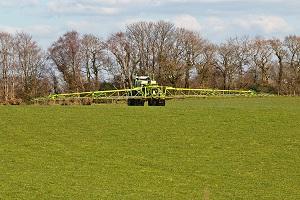 Over the past 100 years, humans have massively altered flows of nitrogen on our planet. While this has increased food production, it has led to and multiple threats to our health and risks irreversible and abrupt environmental change if decisive action is not taken.

Driven by intensive animal agriculture, over-fertilisation of agricultural land and fossil fuel combustion, nitrogen pollution causes severe damage to air, soil, water and human health, it threatens biodiversity of forests and rivers, and leads to coastal and marine pollution that exacerbates the effects of climate change. The problem is indeed not a small one: in some European countries, over 40 per cent of air pollution-related mortality can be attributed to emissions of nitrogen compounds from agriculture.

Some scientists say that if we do not halve the amount of nitrogen we dump into the environment by mid-century, our ecosystems will face toxic tides, lifeless rivers, and dead oceans.

To raise awareness of the issue, nitrogen pollution was discussed during the virtual Eighth Global Nitrogen Conference. The triennial event brings together experts from around the world. During the opening, Ms. Anna Engleryd, Chair of the Executive Body to the UNECE Convention on Long-range Transboundary Air Pollution (Air Convention) discussed international policy developments on nitrogen, including the achievements of the Convention in reducing nitrogen emissions in the UNECE region through legally binding emission reduction targets. For example, Parties to the 1999 Protocol to Abate Acidification, Eutrophication and Ground-level Ozone (Gothenburg Protocol) are required to reduce emissions of ammonia (NH3), a major source of nitrogen pollution, by establishing an advisory code of good agricultural practice to control ammonia emissions. At the conference, more than 1,000 participants discussed further solutions to the nitrogen problem, calling for solutions in the Berlin Declaration, e.g.:

Sustainable management of nitrogen across all sectors of human activity is a crucial step towards achieving the Sustainable Development Goals by 2030 and towards ecosystem restoration, which is the theme of this year's World Environment Day (5 June), which marked the launch of the UN Decade on Ecosystem Restoration.