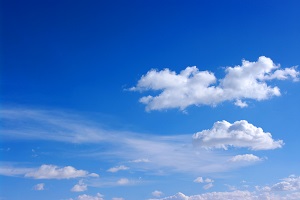 Mounting scientific evidence of the health impact of air pollution – which kills some 7 million people annually –, together with high media coverage of heavy local air pollution episodes, is contributing to increased recognition of the need to act for clean air worldwide.

The first celebration of the International Day of Clean Air for blue skies on 7 September, as designated by the United Nations General Assembly, aimed to build a global community of action to encourage cooperation at the national, regional, and international levels. It called on countries to work together to tackle air pollution and provide clean air for all.

UNECE marked the occasion with a webinar in which experts shared  lessons learned from the 40 year history of the UNECE Convention on Long-range Transboundary Air Pollution.  It remains the only legally-binding regional agreement of its kind in the world.  As one example of the impact of countries’ efforts under the Convention, air pollutant emission reductions have added an extra year to life expectancy in Europe.

With almost 150 participants, experts discussed features of the Convention that has made it successful, such as its strong science-policy interface, its broad geographic coverage and the common understanding and knowledge resources it has built over time.

Looking ahead, they also explored remaining challenges, such as the importance of further awareness raising to create common ground among Convention Parties in different socio-economic contexts, as well as citizens’ individual actions, and ways how to include air quality management in post-pandemic recovery policies. Exchanging lessons learned from the pandemic, experts agreed that a side-effect of the lockdown was that people were reminded how clean air feels, offering an opportunity to inspire more sustainable policies and behaviours to “build back better”.  At the level of individual action, sustainable consumer choices and citizen initiatives, including to raise awareness of air pollution and to demand access to information, such as on local air quality, were highlighted as positive examples.

Experts agreed on the need to show commitment for clean air and to keep up the pressure on policymakers from all areas of Government.

A recording and responses to public questions that couldn’t be answered during the session will be posted on the event page. The discussion was part of a series of events organized around the world to celebrate the Day. Find out more at https://www.cleanairblueskies.org/.