National briefing on the Water Convention for the Gambia

National briefing on the Water Convention for the Gambia 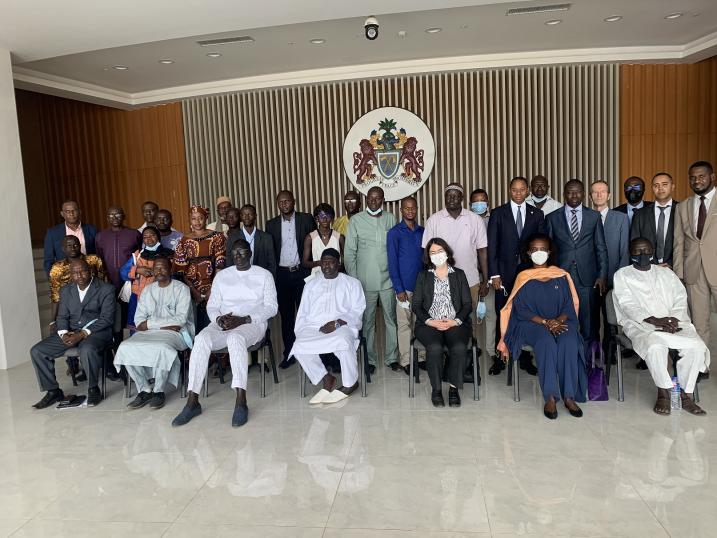 Held at the Sir Dawda Kairaba Jawara International Conference Centre in Banjul, the Water Convention Secretariat was invited to make presentations aimed at contributing to the comprehensive understanding by Gambian officials of the Water Convention, its provisions and obligations, its work on the ground, clarify misconceptions, as well as the benefits and possible challenges for Gambia to accede to it, in order to facilitate the country’s preparations for potential accession. The Gambian Ministry of Fisheries, Water Resources and National Assembly Matters presented on the country’s transboundary water cooperation context, activities and experiences. The Chair of the Water Convention Bureau and representative of Estonia provided national-level context on the rationale and current experience of joining both global UN Water Conventions. The meeting concluded with the consensus from officials that The Gambia needs to ratify the international conventions. Officials subsequently setting out next steps that are involved for them to take.