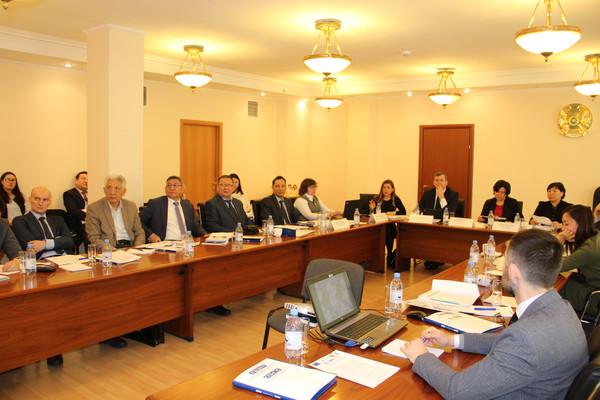 The Ministry of Energy of the Republic of Kazakhstan in close co-operation and consultation with the United Nations Economic Commission for Europe (UNECE) in November 2017 launched a pilot project on strategic environmental assessment (SEA). The pilot project is carried out in the framework of the project "Supporting Kazakhstan's Transition to a Green Economy Model" with the funding from the EU Commission[1] and the OSCE Programme Office in Astana.

It targets to build capacities and raise awareness in application of the SEA procedures at a national level and provide recommendations for environmental optimisation and modifications of the Concept for development of fuel and energy complex until 2030 (Concept) that is currently under revision of the Ministry of Energy of Kazakhstan.

The working level meeting of the SEA team, comprising from the national experts and the UNECE consultants, representatives of the Ministry of Energy of Kazakhstan that are part of the Working Group on the Concept revision, is the second one in the series of meetings for the SEA implementation of the Concept. Its rationale is to advance the knowledge and skills of some 20 members of the SEA team for the preparation of baseline analysis, assessment of likely impacts that may result from implementation of the Concept and formulation of mitigation measures.

The meeting is aimed to:

Read more about the project