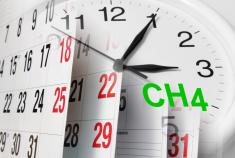 The third session of the Methane Mondays series was titled: “Information about methane emissions. What can we do with the knowledge that we have?”

Presentations delivered at the workshop tried to answer the following questions:

At the workshop, the current state of monitoring and reporting of methane emissions from coal mines was discussed. A number of challenges were identified. It was observed that companies are overburdened with the reporting requirements. In addition, the reporting systems and standards are often not consistent with one another. The issue of not distinguishing between coal mine methane (CMM) and ventilation air methane (VAM) emissions, as well as between those coming from the production of thermal coal and of coking coal was equally raised. The issue of access to the data was also discussed. In that context it was observed that there are many obstacles preventing public access to a large amount of crucial data.

It was also argued that methane emissions need to be seen in a perspective. It was said to be important especially in light of the pledges made by the governments to reduce methane emissions. The experts pointed to the fact that setting targets and benchmarks require precise data, which is not the case nowadays. They highlighted that there was a lot of uncertainty regarding the levels against which the reductions are to be measured. There was an agreement that getting truly consistent data requires a lot of time and effort. Digitalization of the world was identified as a factor that speeds up the process. However, it was also remarked that the desire to have data as quickly as possible created a race to publish data, even if that data is not very reliable. For instance, in many cases the results did not provide information on the methodology of how they had been attributed. Therefore it would be beneficial for the industry to report data that can be measured on the ground as broadly as possible, providing also methodology used for obtaining given measures, as that would allow to counter the unreliable data that is available at the moment and which often exaggerates the industry’s emission output.

The fundamental problem was said to be to agree on who should pay for the collection of data.  It was acknowledged that at some point someone had to earn an income for doing a monitoring work. There was an argument that if methane was seen as an energy resource to be exploited then there would be a justification for certain bodies to measure and report how much methane is being emitted. In such case, the obtained results would have two functions: they would be useful from the environmental perspective to know where the problems lie, but also from the commercial perspective to identify where opportunities for new projects might exist. At the same time, it was argued that if methane was seen purely as an environmental problem the costs would end up falling on public bodies, which are typically not sufficiently resourced to perform those tasks on a larger scale.

In that context, it was also noticed that funds put forward by NGOs should not be ignored either. It was observed that currently some NGOs are often bigger than the government departments dealing with the environmental issues, and that it is the case even in large countries. That observation led to a discussion on the role of NGOs now and in the future. It was acknowledged that the industry would not vote for any taxes to be imposed on it, and that it was for policymakers to do so. However, with the growing importance of green NGOs, it might be possible that they would start taking those decisions on behalf of the governments in some way, as they are already very influential in terms of policymaking.

Finally, the issue of reliability of satellite tracking was discussed. It was agreed that the satellite information was currently not good enough without sufficient ground-based validation, as it cannot measure precisely enough the sensitive changes in emissions. Therefore, observations on the ground should be still an essential component of any conclusions that can be reached relative to any satellite or remotely sensed data.