UNECE countries innovate and adapt censuses to challenges of the pandemic, but many censuses delayed, finds new study 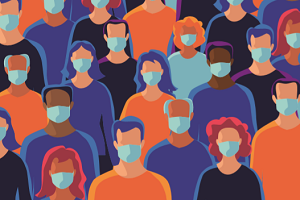 A UNECE study launched today, ‘Keeping Count: conducting the 2020 round of population and housing censuses during the Covid-19 pandemic’ explores the impacts of the pandemic on all aspects of censuses, from data collection to public communication.

Drawing on insights from 52 member States gathered in a region-wide survey of national statistical offices, as well as experiences shared in a 2020 online meeting of census experts, the study finds that censuses in those countries employing the most modern, streamlined approaches have generally been less hard hit than those using more traditional techniques.

This is not to say, of course, that countries with modern, register-based censuses have escaped unscathed. Even when countries draw census information from existing registers of population, homes and businesses, the quality of data may have suffered as lockdowns and administrative delays lead to slower updating and inaccuracies in source data.

But those censuses that involve gathering information directly from members of the population have had a wider range of challenges to contend with. Restrictions on movement, social interaction and economic activity have some obvious consequences: the need for social distancing and personal protective equipment in countries using in-person enumeration; creating virtual census call-centres and online interviewer training as staff work from home; and the challenges of doing field-based operations such as checking addresses when lockdown rules prohibit staff from going out.

Many other impacts are less immediately apparent but no less important. How can a census based on filling out a paper form go ahead when the paper and printing supply chains are disrupted? How can a census office ensure adequate supplies of hand sanitizing gel for a field interviewing force of thousands, when international and inter-regional deliveries are disrupted? How can a census correctly identify people’s place of work and the length of their commute to work or school when many people are temporarily obliged to work and study from home? These questions have caused many offices to reflect on their risk assessments and contingency plans, giving rise to calls for UNECE to develop guidance in these areas for future census rounds.

Censuses typically take place every ten years, with most countries in the UNECE region aiming for a census in 2021 as part of what is known globally as the ‘2020 round’. When the pandemic broke out, preparations for the 2020 round were therefore well underway in countries across the UNECE region: some were already in the field, while the majority were in the advanced stages of planning. Across the region, many census offices, especially those which gather information directly using questionnaires, have had to grapple with these difficulties brought about by the pandemic, and the UNECE study finds that fifteen countries in the region have opted to delay their census as a result—by periods ranging from a few weeks to two years: Albania, Armenia, Germany, Greece, Ireland, Israel, Kazakhstan, Kyrgyzstan, Luxembourg, Portugal, Romania, the Russian Federation, Serbia, Ukraine and Uzbekistan.

The study also reveals a whole host of modifications adopted by statistical offices. The most common area of change is in communications and outreach—many countries are adapting their marketing campaigns to encourage people to complete census forms online, reducing the need for physical interaction and movement of people and materials. The United States, which was in the midst of conducting its census as the first wave struck, expanded its use of social media to promote completion of the census online. Canada, one of the many countries aiming for more online completion of its census, has designed a new questionnaire especially for high-risk communities such as people living in care homes, eliminating the need for an enumerator to enter these residences.

This shift towards online completion has been underway for some years across the region, but the demands of the pandemic have accelerated the move. Other countries have decided to increase their use of administrative data sources, either to provide census data directly or to help them identify addresses and businesses or to check the accuracy of data collected from respondents. UNECE guidance on using administrative data sources for censuses is serving as a crucial tool for many as they embark on this for the first time or speed up their existing plans to undertake these transformations.

Censuses of population and housing lie at the core of the numbers we use every day to talk about the size, location and characteristics of populations across our countries. They have always been a crucial element in the foundation of national statistics, but never more so than now during the Covid-19 pandemic as governments draw on population statistics to make key decisions about healthcare, vaccinations, and localized restrictions. The study offers proposals to revise features of the Conference of European Statisticians Recommendations on Population and Housing Censuses which will guide countries in the 2030 census round, so that census operations can be made more resilient and continue playing this essential role in society.