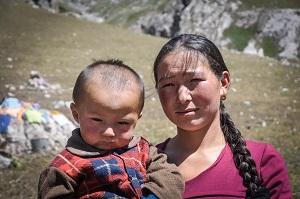 A new working paper, Adapting household surveys to the situation of the pandemic, shows that statistical producers in countries in the UNECE region have moved fast to measure the effects of the pandemic on households, and to adapt data collection to crisis conditions; but they need support for continued improvement.

The COVID-19 pandemic is having profound effects on poverty—increasing the numbers experiencing or at risk of poverty and widening gaps between rich and poor. For policy responses to be effective and well-targeted, governments need to know what they are dealing with. How many people are experiencing poverty? Who are they? Who has become newly vulnerable? These questions are always challenging to answer, and even more so with the added restrictions that prevent in-person contact between the people affected and those gathering data.

The working paper reports on the findings of a survey of 25 national statistical offices of countries participating in the poverty measurement activities of UNECE’s Conference of European Statisticians. The survey explored how countries have adapted their usual methods of gathering data on poverty—usually collected via household surveys, which can often involve an interviewer entering a family home and conducting a lengthy survey.

Almost all countries surveyed have switched to remote survey methods, while a small number have cancelled or postponed their poverty data collection. Of course, moving online is not without its problems. A lack of technical skills among survey respondents can hamper accurate completion of surveys, and 43 per cent of survey responses cited this as a hindrance to data collection. Meanwhile 19 per cent reported that a lack of technical equipment among survey respondents created difficulties, and issues with Internet or phone connections and limitations of statistical office equipment also posed problems.

About half of the countries surveyed have altered existing questionnaires or developed new questions or modules to capture impacts of the pandemic on households and individuals. Seven of the countries in the study (Austria, Canada, Israel, Republic of Moldova, Slovakia, United States of America and United Kingdom) have developed and conducted specialized surveys at the request of their governments to shed new light on the effects of the pandemic on poverty and vulnerability. While several countries have adjusted their approaches to ensure good coverage of groups particularly likely to be affected by the poverty impacts of the pandemic, such as people with disabilities and people with small or micro businesses, the survey found some notable gaps. Relatively few countries reported targeted actions to examine the effects on health workers, pensioners or informal workers, for example.

The rapidly-changing circumstances facing populations in every country during the pandemic mean that the levels and distribution of poverty among populations can also change fast. For some this has prompted changes to their methods — such as fielding shorter, simpler surveys that can be processed quickly, as has been done in Luxembourg and Mexico — so that data can be collected and published more rapidly, with shorter intervals between rounds of surveys.

While these rapid adaptations attest to the flexibility and determination of statistical offices to continue providing this essential information, there remain many challenges. As the working paper reveals, statistical offices across the region are calling for enhanced guidance and capacity development assistance to build skills in remote data collection and processing, online training of statistical staff, and the use of new data sources.