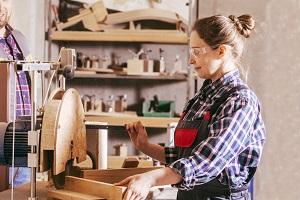 As an established convenor of standards developing organisations, UNECE encourages the integration of a gender perspective, providing practical steps for organisations to advance women’s full and effective participation in standards and standards development. With the objective of strengthening knowledge and understanding of gender action plans, UNECE delivered a series of virtual capacity-building workshops which provided standards experts with the analytical framework to implement gender mainstreaming throughout their organisation.

Since the opening of the UNECE Declaration for Gender-Responsive Standards and Standards Development in May 2019, more than 80 national, regional, and international standards development organisations have elected to become signatories; making a public commitment to ensure that the content and impact of standards when implemented are gender-responsive.

“All actors in standard-setting processes need to be aware of how they can contribute to making standards gender-responsive. Awareness-raising and training are actions that should feature in every gender action plan”, noted gender expert and workshop facilitator, Lut Mergaert of Yellow Window.

Attended by over 280 standards experts, the capacity-building workshops – open to all standards developing organisations – contributed to UNECE’s ongoing work on achieving gender equality in standards, and to promote greater dialogue across standards bodies. The workshops deepened understanding of the practical application of standards for sustainable development and the effective implementation of a gender action plan.

In recognition of the need to accelerate progress globally towards the achievement of gender equality, the workshops were delivered in English, French and Russian, mobilizing the networks of the Pan American Standards Commission, the Standards & Metrology Institute for Islamic Countries (SMIIC), Le Réseau Normalisation et Francophonie (RNF) and the International Electrotechnical Commission (IEC).

In combination with the prescriptions of gender experts Maxime Forest and Lut Mergaert, the workshops provided insight and understanding of the standards development processes, and identified the contextual determinants of exclusion (implicit and explicit), allowing participants to present their personal experience of addressing and overcoming exclusionary practices.

“The training”, noted Ms. Hoki Kargbo of the Sierra Leone Standards Bureau (SLSB), “is vital in building the capacity for the empowerment of women in various standardization bodies, regulatory agencies, policymakers, NGOs and other private sectors all around the world. The webinar has created an awareness of the need to have more women’s participation in standardization activities, especially the need to have more women participate in technical committee meetings and voting rights in the development of standards”.

Placing a concerted emphasis on peer engagement, the workshops lent space to standards experts from across the globe to present and discuss best practice tools and innovative work undertaken to advance gender equality. As such, the workshops empowered standards experts to reflect on their gender-responsive nature of their respective policies and processes, considering how these meet the needs of all within the organisation and how the given framework and recommendations could be adapted.

Gender mainstreaming requires a long-term strategy, necessitating continued monitoring and refinement. This series of workshops succeeded in introducing 82 national, regional and international standards bodies to UNECE’s support, including the array of resources – such as the UNECE standards map , the repository of Standards for SDGs Case Studies, and forthcoming e-learning courses – developed by WP.6 to demonstrate the utility of standards for the 2030 Agenda.

Participants signalled the need for further training and the wish for closer engagement. To this end, UNECE invites experts to work in collaboration throughout the life of their organisation’s gender action plan.