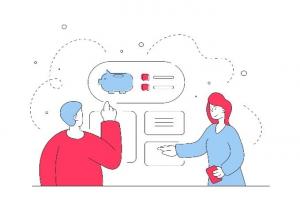 Achieving equality between women and men is a core goal of governments and the international community. The frameworks that guide us towards this goal—the Sustainable Development Agenda and The Beijing Platform for Action, among others—emphasize that for equality to be achieved, women and men must have equal freedom to make decisions and to control resources.

When we track progress towards equality in power and decision-making, we often refer to figures. We measure, for example, the share of women in parliaments and in local government: across the UNECE region an average of 29 per cent of seats in national parliaments are held by women. We ask how many women are chief executives of businesses or hold managerial positions; and we look at women in positions of power in other areas of public life, such as judges, police officers or university leaders.

Rarely, though, do we look for figures to tell us who holds the reins of power in the private world of people’s homes.

But for someone to occupy a powerful public position, surely, they must first be empowered in the private sphere of their own household. How can we expect more women to take on high-status top management roles, if those same women are not fully free to make decisions about their career paths? How can we imagine that a project to increase women’s participation in further education will succeed if those women cannot decide freely for themselves to pursue education? How, crucially, can victims of domestic violence hope to escape if their ability to make independent decisions about finances or social connections is curtailed?

“Who usually makes the major decisions in your household?”. It’s hard to imagine how to even answer that question; and if it means different things to different people then the data gathered can’t easily be interpreted. So while academics and development practitioners have long relied on decision-making measures to study household gender relations, producers of official statistics have until now mostly steered clear of the issue.

The new UNECE Guidance for Measuring Intra-household Power and Decision-making offers some insights into how official statisticians can start painting a more nuanced picture in a statistically rigorous way. The authors, a Task Force of statisticians specializing in gender statistics from across the region, suggest that simply adding up the different areas in which a woman says she is the sole or joint decision-maker and calling that an index of empowerment would be misguided, masking the different degrees of agency reflected in different kinds of decisions: deciding what to make for dinner or what groceries to buy probably has more to do with gender norms and expectations than with power.

For instance, surveys in many developed countries reveal that while decisions are mostly taken jointly across a range of issues, far more women than men are identified as the main decision-maker for decisions about raising children and about day-to-day shopping. In contrast, on average 80 per cent of women and men in these countries say that decisions about large, expensive purchases like buying a car or major appliance or choosing a vacation are taken jointly within couples.

The Guidance sets out seven dimensions of decision-making including, for example, decisions about children’s education and upbringing; financial decision-making; and sexual and reproductive decisions. It suggests both new and existing statistical indicators across a whole range of areas within each of these. While few countries yet produce a full suite of decision-making indicators, some—Canada, Italy and Mexico, to name a few—do already gather data on some of these dimensions, while others such as Colombia are trialling new data collection inspired by the UNECE Guidance.

Empowerment is not a luxury, it is a necessity. Some of these areas of decision-making might at first sight seem less important than the more obvious areas of gender inequality in the public sphere. But real life is full of mundane moments where this empowerment, or its absence, is felt. Few women or men will ever get to make decisions at the head of a government, but millions every day have to decide what to feed their families, where to send their children to school, when to see a doctor or visit relatives. The cumulative effect of a lifetime of disempowerment in these ‘trivial’ moments of decision-making can be demotivation, despair and denied opportunities.

As the world reels from the stark revelation that household-level gender relations are nowhere near as equal as we had hoped—as the COVID-19 pandemic lays bare the true extent of continued gender inequality behind closed doors—I call on member States to recognize the value of fostering equality everywhere, both in public and in private. Only when everyone’s voice is heard can all members of society have the chance to reach their full potential.