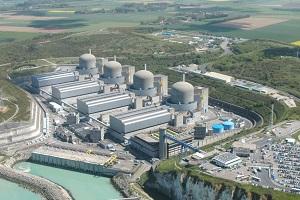 Nuclear power is a low-carbon energy source that has avoided about 74Gt of CO2 emissions over the past 50 years, nearly two years’ worth of total global energy-related emissions.  Only hydropower has played a greater role in avoiding emissions over this period.

Nuclear power currently provides 20% of electricity generated in the UNECE region and 43% of low-carbon generation. Time is running out to rapidly transform the global energy system as fossil fuels still account for over half of electricity generation in the UNECE region. A new technology brief from the United Nations published today notes that nuclear power can be seen as part of a broader portfolio alongside deploying other sustainable low- or zero-carbon technologies to decarbonise the global energy system and energy intensive industries to deliver on the Paris Agreement and the 2030 Agenda for Sustainable Development.

The IPCC 1.5°C report published in 2018 presented mitigation scenarios in which nuclear generation would grow on average 2.5 times from today’s level by 2050. In addition, a ‘middle-of-the-road’  illustrative  scenario  –  in  which  social,  economic,  and  technological  trends  follow  current  patterns  and  there  are  no  major  changes  in  diet  or travel  habits  –  sees  demand  for  nuclear  generation  increase  six  times  by  2050 with the technology providing 25% of global electricity.

Nuclear power has the potential to increase its integration with other low-carbon energy sources in a future decarbonised energy mix.

“For those countries who choose to implement this technology, nuclear power is an important source of low-carbon electricity and heat that can contribute to attaining carbon neutrality and hence help to mitigate climate change and attain the 2030 Agenda for Sustainable Development” said UNECE Executive Secretary Olga Algayerova.

State of play in the UNECE region

In the UNECE region, nuclear power is an active part of the energy system, providing over 30% of electric generation in eleven countries (Belgium, Bulgaria, Czech Republic, Finland, France, Hungary, Slovakia, Slovenia, Sweden, Switzerland, Ukraine). Twenty countries currently operate nuclear power plants, and fifteen countries have new reactors under construction or under development. Seven UNECE member States are in the process of developing nuclear power programmes for the first time. A  number  of  countries – such as Canada, Czech Republic, Finland, France,  Hungary,  Poland,  Romania,  Slovakia,  Slovenia,  Russian Federation, Ukraine, United Kingdom and the United States  –  have  explicitly  stated  that  nuclear  power  will  play  an important role in reducing their national emissions in the future. Belgium and Germany have announced phasing out nuclear power, in 2025 and 2023 respectively.

Some 292 reactors are in operation in the region.  Over 70 reactors have been shut down in the region, since 2000, for political, economic or technical reasons. In most cases, these have been replaced at least partly by fossil-fuel power generation, therefore representing a setback for climate mitigation efforts. Preventing the premature closure of further nuclear power plants is seen by the International Energy Agency and the International Atomic Energy Agency as an urgent priority for addressing climate change.

There are three main classes of nuclear reactor technology: large gigawatt-scale reactors, small modular reactors (SMRs), and microreactors. Large reactors are mature technologies that are commercially available today. SMRs have designs rapidly approaching commercial deployment and one such plant operating off the north coast of Russia provides combined heat and power to remote communities. Some microreactor designs may be available in vendor countries such as the United States and Canada within five years.

As nuclear power plants produce both low-carbon electricity and heat, they also offer opportunities to decarbonise energy intensive industries. For example, there is potential to scale up low or zero-carbon steel, hydrogen, and chemical production to decarbonise hard-to-abate sectors.

Nuclear power is a cost-competitive option for generating electricity in many parts of the world. Low-cost financing and market frameworks could lessen the burden of high up-front capital costs ranging from 5 to 10 billion US dollars for large nuclear power plants. Future small scale ‘microreactors’ and SMRs are likely to be easier to finance and support technology interplay with variable renewable energy.

The technology brief highlights the need for nations who use nuclear power to work together beyond borders. The brief is one in the series of energy technology briefs published by UNECE to help mitigate climate change and accelerate deployment of low-carbon technologies.