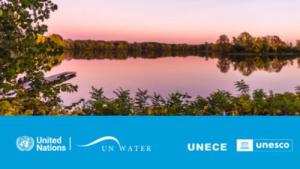 Broken down into regions, the report shows that Europe and North America have the fullest coverage of operational arrangements, followed by sub-Saharan Africa. However, across Asia, Latin America and North Africa/Western Asia, the levels of operational arrangements in place for transboundary rivers, lakes and aquifers remain low. A further challenge, highlighted in the report, relates to transboundary aquifers. While there have been improvements since the first report  (2018), many countries still have limited knowledge of the groundwater resources they share with their neighbours as well as low levels of cooperation.

The lack of operational arrangements, the report suggests, can be contrasted with the multiple benefits that such arrangements offer as a contribution to achieving water and sanitation for all (SDG 6), as well as many related SDGs, including those concerning to poverty alleviation (SDG 1), food security (SDG 2), health and well-being (SDG 3), ecosystem protection (SDG 14 and 15), as well as peace and security (SDG 16). Ensuring that shared waters are managed in an equitable and sustainable way is also of fundamental importance in adapting to climate change (SDG 13), and to mitigating the impacts of extreme events.   An example of such benefits can be seen by the North-Western Sahara Aquifer System (shared between Algeria, Libya and Tunisia), and its consultative mechanism, which has improved agriculture planning and practices for the benefit of farmers and food security in the region.

While significant efforts are needed to progress transboundary water cooperation, a positive result of the monitoring exercise – which is the only exercise at the global level where countries themselves report on their transboundary basins and coverage of operational arrangements -  has been the level of country engagement. Despite the Covid-19 pandemic, 129 out of the 153 countries sharing transboundary waters have submitted reports to the second monitoring exercise in 2020, compared to 107 countries during the first exercise in 2017. Countries have highlighted how the exercise itself has resulted in stronger cooperation both between national constituencies involved in transboundary water issues, or between neighbouring countries. Additionally, the exercise has revealed progress both in terms of the adoption of around 20 arrangements between 2017 and 2020 in all regions of the world, and the reinvigoration of other arrangements to make them operational.

By drawing upon country experiences, the report also highlights a number of ways in which cooperation over transboundary waters can be accelerated in the framework of the SDG 6 global acceleration framework including through innovative financing, capacity development, data exchange, and improved co-ordination and mobilisation amongst UN agencies and partners.

“There is great momentum in support of the monitoring exercise, which needs to be capitalised upon”, said the UNECE Executive Secretary Ms. Olga Algayerova; Under-Secretary-General of the United Nations. “This must be coupled with important milestones such as those related to the two Global Water Conventions, including the UNECE Water Convention’s ninth Meeting of the Parties on 29 September-1 October 2021, and the 2023 UN Water Conference, to ensure that the political impetus is there to increase the coverage of operational arrangements, and realise the benefits of transboundary cooperation for all.” 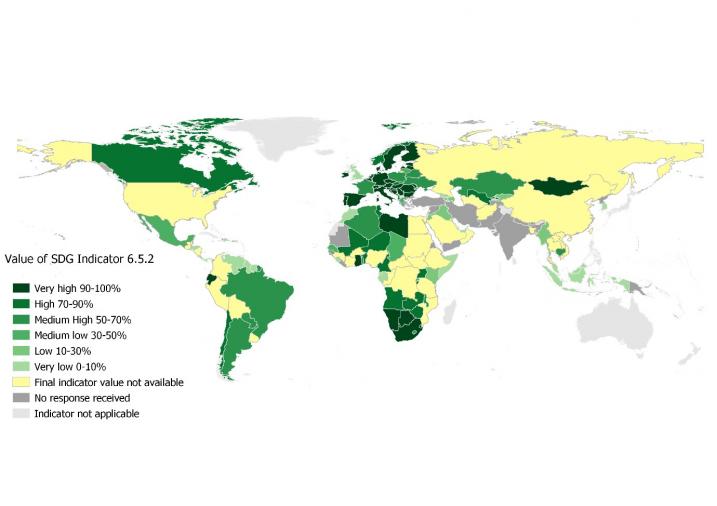 ‘Operational arrangements for transboundary water cooperation’ are arrangements that satisfy four criteria namely that a joint body, such as a river basin organisation, is in place, countries at least annually, there is at least an annual exchange of data, and countries have in place joint or co-ordinated management plans or joint objectives.

The second Progress on Transboundary Water Cooperation presents the results of the three yearly data-gathering exercise by the custodian agencies, whereby countries submit national reports on the status of their arrangements on transboundary waters. For further details see, https://www.sdg6monitoring.org/indicator-652/.