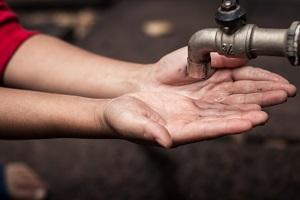 From insufficient drinking water supply to contamination by sewage overflow and disease outbreaks from improper wastewater treatment, existing risks from climate change to water, sanitation and hygiene in the pan-European region are set to increase significantly, UNECE and the WHO Regional Office for Europe (WHO/Europe) have warned in intergovernmental discussions held in Geneva this week.

This comes at a crucial time as governments prepare for COP 27 (November 2022) and the UN 2023 Water Conference. Despite adaptation initiatives related to water management being included as a priority in many Nationally Determined Contributions (NDCs) and National Action Programmes (NAPs) under the Paris Agreement, governance mechanisms and methods for integrating water and climate are absent, and the interface of drinking water, sanitation and health is worryingly not being addressed in most cases.

Water, sanitation and hygiene at risk in all countries of the region

Changes in climate bring severe consequences for countries right across the region, ranging from damage to water supply and sewerage infrastructure, degradation of catchments and source water quality, spillage of human waste to the environment, reduction of water availability and contamination of water supplies to change of consumption requirements to maintain hydration.   Some 35% of the area of the European Union is estimated to be under high water stress by the 2070s, by which time the number of additional people affected (compared to 2007) is expected to be 16–44 million. Globally, each 1 °C of temperature increase caused by global warming is projected to result in a 20% reduction in renewable water resources and to affect an additional 7% of the population.

Loss of services will result in people using unsafe water sources or being unable to maintain good hygiene practices. Changes in source water quality and quantity will increase exposure to pathogens and harmful chemicals, and lead to less reliable water supplies. Damage to sanitation systems will lead to increased exposure to pathogens.

Such impacts are already being felt in the region. Hungary, for instance, has warned of significant additional operational costs for wastewater treatment due to increased pumping energy demand and disruption to treatment plants. The Netherlands have raised challenges in ensuring water supply, as has Spain for maintaining minimum drinking water supply in drought periods. 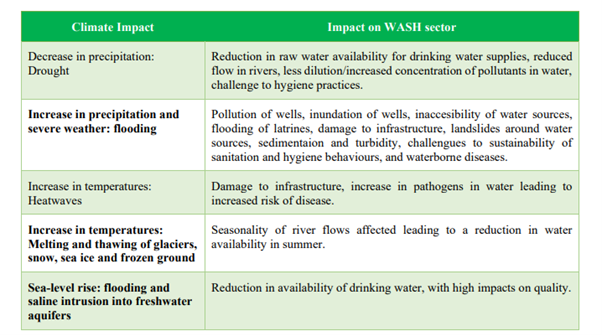 The pan-European region encompasses a wide range of climates and heterogeneous environments, ranging from arid and semi-arid climate in Central Asia to subtropical Mediterranean and water-rich Northern Europe. Climate change projections indicate consistent increases in temperature and varying rainfall patterns within the next decades. Projected increases in precipitation are expected in Northern Europe and decreasing precipitation in Southern latitudes.

In the absence of adequate governance mechanisms and methods in many countries to address the scale of the challenges to come, stepping up measures under the Protocol on Water and Health – a unique multilateral agreement serviced by UNECE and WHO/Europe – can play a key role,  the Working Group session, where the draft Programme of work 2023-2025 of the Protocol outlining strengthened climate-related actions was discussed before its foreseen adoption at the 6th session of the Meeting of the Parties to the Protocol in November 2022. Its high-level segment will focus on increasing resilience to climate change/pandemics in the WASH and health sectors

The Protocol can support the development of a menu of options for inclusion of water, sanitation, and health in NDCs and NAPs under the Paris Agreement. It can also help ensure that national and sub-national drinking water supply and sanitation strategies integrate a clear climate rationale and risk analysis. As underlined by Professor Guy Howard, Director of the Cabot Institute for the Cabot Institute for the Environment (University of Bristol) during the  session, the Protocol provides a good vehicle on how to measure resilience to climate change.

UN Secretary-General António Guterres has previously called on all countries of the region to accede to the Protocol and fully apply its provisions, a call echoed by the Special Rapporteur on the human rights to safe drinking water and sanitation, Mr. Pedro Arrojo-Agudo, who referred  to the Protocol as a key instrument linking public health and the environment.

Countries’ measures and plans under the Protocol illustrate its effectiveness: 53% of wastewater in Israel has tertiary treatment (filtration and disinfection) and treated wastewater is reused, mainly in agriculture. The upgrading and proper maintenance of wastewater treatment facilities in the country further aims to further decrease pollutant loads of discharged wastewater to the environment. In Luxembourg, building rainwater retention basins, storm water basins and pumping stations will help manage forecast increases of rainy periods.

The Protocol’s target-setting mechanism offers an accountability framework at national and international level, offering a useful tool for planning adaptation to climate change, requiring the establishment of an intersectoral coordination mechanism, broad participation, and an analysis of gaps, development of scenarios and prioritization of measures based on development choices.

For more information on the 13th session of the Working Group on Water and Health, visit https://unece.org/environmental-policy/events/thirteenth-meeting-working-group-water-and-health

For more information on the Protocol on Water and Health, visit: https://unece.org/environment-policy/water/protocol-on-water-and-health/about-the-protocol/introduction

To read the background paper on increasing resilience to climate change through the Protocol, visit: https://unece.org/sites/default/files/2022-05/Background%20paper%20on%20increasing%20resilience%20to%20climate%20change_final.pdf