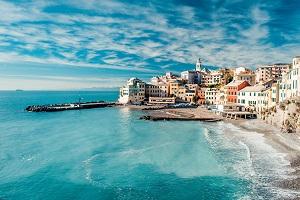 Regional seas and coastal ecosystems, located either entirely or partly within the UNECE region, face growing environmental pressures caused by climate change, the increasing pollution loads, tourism, fishing, mining of minerals, and energy production (such as offshore wind power plants). These pressures risk to adversely impact the coastal and marine ecosystems and reduce the services and goods they provide to the population within and beyond the region - such as fish, recreation or protection against increasingly variable weather events.

Reflecting on these pressures, which arise in many regions, UN Secretary-General António Guterres has called for new and more effective partnerships for the protection of marine and coastal ecosystems.

On 16 June, UNECE hosted a joint technical meeting with representatives of secretariats and Parties of the respective conventions to discuss the applicable legal requirements implying environmental impact assessment and the priorities and opportunities to further cooperation for their effective implementation. The participants agreed on the benefits of the cooperation, starting with further exchanges of information, good practices and lessons learned. The joint work for identifying most relevant cooperation activities will continue, in close consultation with the respective treaty bodies. Ultimately, an assessment report outlining proposed activities will be submitted to the next sessions of the Meetings of the Parties to the Espoo Convention and its Protocol in December 2023.