Are measures under the Gothenburg Protocol sufficient to reduce air pollution? 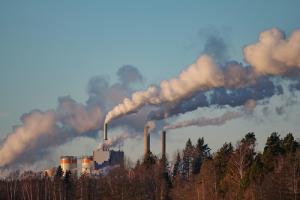 With the review of the amended Protocol to Abate Acidification, Eutrophication and Ground-Level Ozone (Gothenburg Protocol) about to enter its final round, expert groups under the UNECE Air Convention are now discussing latest findings to assess the effectiveness of measures.

At the eighth joint session (Geneva, 12-16 September 2021) of the scientific bodies under the UNECE Convention on Long-range Transboundary Air Pollution, the Steering Body to the Cooperative Programme for Monitoring and Evaluation of the Long-range Transmission of Air Pollutants in Europe (EMEP) and the Working Group on Effects (WGE), experts discussed the scientific inputs to the review of the Gothenburg Protocol. In particular, they discussed emission trends, effects on ecosystems, health, materials and crops.

Emissions of sulphur dioxide and nitrogen oxides declined significantly from the 1990s onward, based on concentrations measured at EMEP monitoring sites. Since 2000, there has been significant reductions in concentrations in PM10 and PM2.5 (on average -1.7 and -2.3 per cent per year at EMEP long-term observational sites). However, there are still large exceedances of the WHO Air Quality Guidelines for PM10 and PM2.5. For PM2.5, about 90% of the population is still exposed to levels that exceed the Guidelines, with dire consequences for health.

While ground-level ozone peaks have declined systematically, annual mean background concentrations of ozone have increased over the 2000-2018 period. This not only has had consequences for health, but also for crops. For example, in 2015, estimated total wheat production losses for Europe due to ozone were 23.8M ton, greater than the annual production of Ukraine (21.8 M tons). Meeting the emission reduction obligations for ammonia appears to be most challenging for Parties to the Protocol. Additional ammonia measures are required, which need – in some cases – to include non-technical measures, such as dietary changes, including reduction of meat consumption.

There are still risks of eutrophication as a result of nitrogen deposition for more than 50% of Europe’s ecosystems. Eutrophication describes the process of nitrogen loading of soils or waters, which often leads to a cascade of negative effects, such as algae blooms in waters. Emission reductions of nitrogen therefore need to be greater to allow ecosystems’ recovery and prevent, among other issues, effects of nutrient imbalances on surface and groundwater quality, on biodiversity, on trees and on the resilience of forests to stress factors such as drought, wildfires or insect outbreaks. Higher temperatures due to climate change exacerbate these effects, increasing the likelihood of these stress factors, as has been shown by the many summer forest fires across the Northern Hemisphere in the last couple of years.

Methane proves to be the main driver behind increasing background ozone levels. Increases in global methane are expected to more than offset projected reductions of nitrogen oxides (NOx) and volatile organic compounds (VOCs) emissions – precursors of ground-level ozone – in Europe and at least partially offset reductions of NOx and VOC emissions in North America. In fact, some scenarios project an increasing trend in ozone-related mortality and crop losses within the UNECE region between 2020 and 2050 due to the growing impact of methane emissions outside the region. Methane itself, but also ground-level ozone, are powerful greenhouse gases, that are also being addressed by climate policies and further need to be reduced to limit global warming to 1.5°C.

Experts agreed to forward these findings to the forty-second session of the Executive Body for the Air Convention (12-16 December 2022), where they will inform the final discussions on the review and pave the way forward for next steps and possible future policy actions.