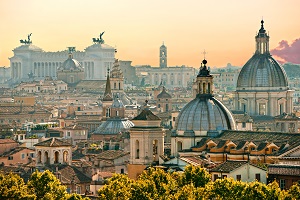 On 23 November 2020, Italy became the thirty-eighth Party to the UNECE Protocol on Pollutant Release and Transfer Registers (PRTRs) to the Convention on Access to Information, Public Participation in Decision-making and Access to Justice in Environmental Matters (Aarhus Convention).

The Protocol helps to ensure easy access to information by providing Parties to the Protocol with a solid framework to establish PRTR systems. These systems are environmental databases or inventories of potentially hazardous chemical substances, released to air, water and soil and transferred off-site for treatment or disposal. Pollutants listed under the Protocol include: greenhouse gases, heavy metals and persistent organic pollutants.

A recent survey among Parties showed that accession to the Protocol brings many advantages, including, for example, support for government efforts to promote a green and circular economy. In addition, using PRTRs for reporting obligations of other national and international instruments, such as treaties dealing with climate change, pollution and chemicals management will, in turn, help companies and authorities in Italy to save resources and avoid duplication of efforts.

Italy, as a long-time contributor to the European E-PRTR system and as a Party to the Aarhus Convention since 2001, has now taken a step towards further international alignment of reporting on greenhouse gas emissions, releases of pollutants and transport of waste. This decision also signals the willingness of Italy to share its experience, engage in the further international harmonization of reporting on pollutant releases and transfers and support coordination and cooperation at the multilateral level.

The Protocol is the only legally binding international instrument on PRTRs. Adopted on 21 May 2003 in Kyiv, it entered into force and became legally binding for its Parties on 8 October 2009. The Protocol has now been ratified by 37 countries and the European Union. All States Members of the United Nations can accede to the Protocol, regardless of whether they have ratified the Aarhus Convention or are members of UNECE. It is, by design, an open, global treaty.