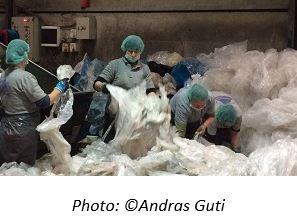 Whilst environmental degradation affects everyone on the planet, it affects the lives of women and men in different ways. Implementing environmental policies with gender considerations in mind can be more effective to understand target groups better, gain greater acceptability of policies and ensure that policy measures are meeting needs of both women and men.

In a response to a request from the Ministry of Environmental Protection of Serbia and following an online refresher training that was organized on 27 November last year, UNECE organized a second webinar dedicated to gender mainstreaming on 28 January 2021.

The first training webinar looked at examples of gender aspects concerning environmental matters, including differences in patterns of movement between men and women. For instance, where men typically drive cars and have more of an emotional connection to personal cars, women are usually more dependent on safe and reliable public transport. With this in mind, subsidies for electric cars rather than policies for sustainable and safe public transport may not benefit women as much as men.

The second webinar discussed further methods and tools for integration of gender aspects into environmental policies. It was organized by UNECE in collaboration with UN Women in Serbia and UNDP Serbia. UN Women in Serbia presented findings of reports and surveys on waste management in Serbia, showing that women are the agents of change because they are more prone to changing their habits and are usually the ones separating and recycling waste at present. UNDP Serbia shared its experience on monitoring climate change in Serbia with a gender sensitive approach, specifically analysing dimensions of education, participation in decision making and health.

Key findings of the analysis of two national programmes in Serbia, the National Waste Prevention Programme for the period 2020-2025 and the Roadmap for Circular Economy in Serbia, from a gender mainstreaming perspective were discussed at the webinar. The two strategic documents were developed using an initial gender screening followed by a gender impact assessment.  Gender impact assessments evaluate the implications of any planned actions for men and women, including legislation, policy and programmes.

A rich discussion followed the presentations, including on data collection and male-dominated research institutes, how to ensure that gender mainstreaming is not simply a check list task and how to support event organisers to identify women speakers.

Serbia is leading the way in gender mainstreaming its policies and is the first country in the Western Balkan region to work on reflecting gender in environmental policies. Moreover, Serbia is one of the few countries to introduce gender responsive budgeting and half of the government ministers are women. Serbia can be a leader in this area and eventually share best practices with other states in the Balkans and beyond. Biljana Filipovic, Senior Advisor and Coordinator for International Multilateral Cooperation, Ministry of Environmental Protection of Serbia, identified some concrete measures to further mainstream gender, including the implementation of waste strategies from a gender perspective and support to local governments in mainstreaming their activities. Ms Filipovic highlighted that in order to achieve gender equality in the 2030 Agenda, and gender mainstreaming in all environmental policies, the starting point is awareness raising and utilising expert networks as a basis for moving forward. Developing and publishing a methodology may also be useful to share best practices in the Western Balkan region.

The webinar concluded by recognizing that it is important to take a step-by-step approach, by including gender equality in objectives, involving different institutions and, among other things, by developing a systematic approach to include gender analysis and gender monitoring to improve policies and actions. Raising awareness continues to be a key focus, though applying findings and lessons learned to effect change is crucial for gender mainstreaming.