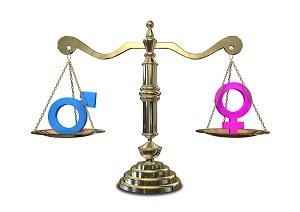 In this spirit, an experience sharing workshop on the integration of gender aspects into environmental policies in the Western Balkan region was held on 9 February 2022, bringing together participants from Albania, Bosnia and Herzegovina, Montenegro and Serbia.

Participants noted the traditional, deep seated notions of masculinity, femininity, and the roles assigned to men and women, which has an effect on women’s employment and the greater burden they have in regard to unpaid care and domestic work. It was noted that in Montenegro, this means that women are more responsible for decisions over waste generation and recycling, and they have a greater influence on water pollution from households, so play an important role in moving to more environmentally friendly practices. Moreover, as a result of their greater burden in the household, they may be more exposed to harmful chemicals.

In Albania, it was recognised that women working in the agricultural sector will be more disadvantaged with regard to climate change effects like floods, droughts and heat waves due to their higher engagement in farming. However, it is men who have greater access to advisory and information services and are more likely to take decisions on investments. Albania’s Third National Communication to the UNFCCC includes a section on guidelines to mainstream gender in climate change adaptation and mitigation programmes and plans, which could kickstart more gender sensitive national climate change policies.

Bosnia and Herzegovina and Serbia have more advanced policies and programmes for gender mainstreaming in environmental policies. For example, the country’s institutional network of mechanisms for gender issues include commissions, agencies and centres. A strategy for the advancement of women in rural areas has also been developed and, with international support and regional cooperation, several gender mainstreaming projects in the field of climate finance and environmental policy more generally have been established. Similarly, Serbia has introduced gender equality and gender mainstreaming objectives in national laws, including a specific regulation for environmental policy, and its institutional structure also includes several groups, networks and public authorities to promote gender equality. In addition, the Ministry of Environmental Protection is planning to initiate gender responsive budgeting for women’s entrepreneurship in the field of the green and circular economy in 2022.

During the workshop Serbia also shared its experience in developing a project that will provide capacity development on gender equality and strengthen women’s role in the green economy and adaptation efforts to climate change in the local communities of Fruška Gora National Park. This good practice example demonstrates how gender can be mainstreamed in environmental policies in a holistic manner, with the intention of changing attitudes, raising awareness, empowering women and expanding policies and programmes.

The session resulted in two key collective suggestions: to reinforce capacity building efforts on a practical level by analysing existing sectoral plans in terms of integrating gender perspectives; and to combine actions for women’s economic empowerment with environmental sustainability. For example, women entrepreneurs could be supported to create sustainable businesses or to make their start-ups more environmentally friendly, and to contribute to the circular economy. Sharing best practices and experiences between countries was further emphasized as key to accelerate progress – an area where UNECE will continue to support its member States.