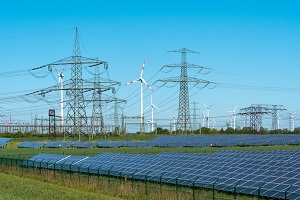 UNECE is assisting countries in providing energy services sustainably through the development of “smart grids” for more efficient energy distribution and the use of enhanced electric system integration and interconnection with distributed generation sources.

The SDGs identify Public-Private Partnerships (PPPs) as an important tool to help governments bridge the estimated  USD 3.3-4.5 trillion yearly financing gap worldwide. PPPs have particular potential for scaling-up much needed investment in infrastructure. UNECE’s international standards and Guiding Principles on “People first” PPPs bring governments, businesses and communities together for the development of high-quality infrastructure, helping to meet the SDGs and creating value for people. These include the UNECE Standards on PPPs in Railways, Roads and Renewable Energy, and the UNECE Standard on a Zero Tolerance Approach to Corruption in PPP Procurement. UNECE has established a network of International PPP Specialist Centres of Excellence working in specific areas and sectors to promote projects are aligned with the People-first PPP Guiding Principles, helping to train 10,000 government officials in one year alone. These Centres focus on the following areas: Infrastructure underpins effective transport connectivity, which can be a key driver of sustainable economic growth. The Euro-Asian Transport Links (EATL) project, supported by UNECE, brings together around 40 countries, many of which are Landlocked Developing Countries (LLDCs), for the development and operationalization of inland routes (road and rail) connecting key economic centres in Europe and Asia, which could save both time and costs of delivery of freight and trade. International E-roads under the AGR Agreement administered by UNECE cover over 190,000 km in the pan-European region. E-Rail and E-Waterway networks, developed through UNECE agreements, cover over 50,000 km of railways and 148,000 km of inland waterways.