Promoting the role of market surveillance to combat counterfeit goods 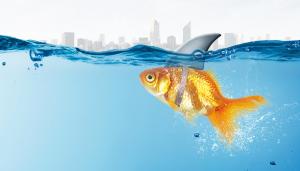 According to the latest data available reported by the Organization for Economic Co-operation and Development (OECD) in 2019, imports of fake products into the European Union (EU) were up to around 6.8% of all imports. The same year worldwide, counterfeit and pirated merchandise amounted to USD 509 billion, representing about 3.3% of world trade.

Statistics show that counterfeiting affects intellectual property owners in the UNECE region more than any other region in the world, with some UNECE member states experiencing the highest rates of fake products seized.

No country benefits from counterfeiting. The trade of counterfeit products affects not only the interests of intellectual property right owners but can also have serious health and safety risks of population because they can contribute to increased consumption of substandard products, such as food, toys, chemicals, and other items.

Market surveillance agencies and other administration stakeholders can play a key role in the combat against counterfeiting. Counterfeits are most often seized at the borders when importing or transiting, but can also be detected along the supply chain, for example during laboratory tests or quality control inspections.

In 2007, the UNECE Working Party on Regulatory Cooperation and Standardization Policies (WP.6) proposed a recommendation on the “Use of Market Surveillance Infrastructure as a Complementary Means to Protect Consumers and Users against Counterfeit Goods” – Recommendation M.

WP.6 and its Advisory Group on Market Surveillance (MARS) propose to assess results and challenges ahead with respect to implementation of Recommendation M and its continued relevance to governments and relevant stakeholders.

To that end, WP.6 is organizing a webinar entitled “Market surveillance role in combatting counterfeit products,” which will take place on 21 February 2023 from 14:00 to 16:30h CET. The webinar will consider the implementation of Recommendation M in the field, and the extent to which market surveillance agencies have played an active role to combat counterfeit goods.

To find out more and register, please visit the event webpage or contact the WP.6 secretariat.