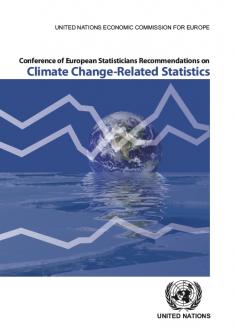 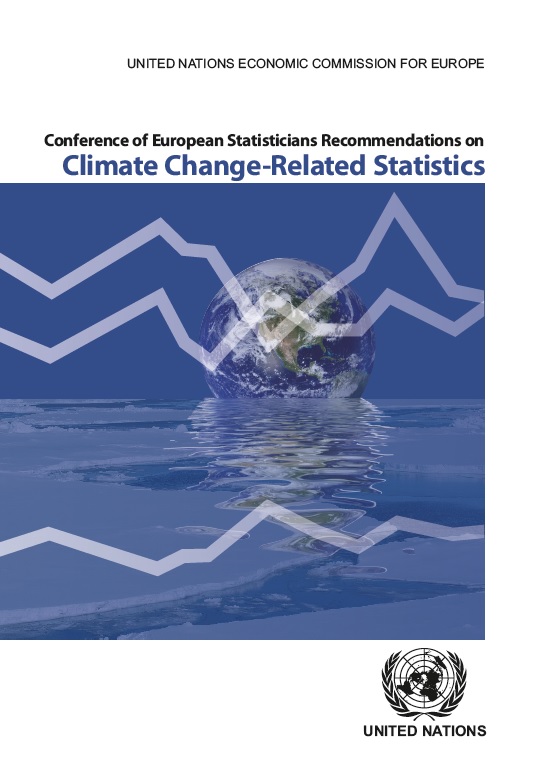 These first ever Recommendations on Climate Change-Related Statistics are aimed at improving existing official statistics to support climate change analysis and reporting on greenhouse gas emissions under the Kyoto Protocol. The focus is not on scientific or meteorological data describing changes in weather and climate, but rather on statistics that are relevant for analysing climate change, its causes and impacts. The recommendations are primarily targeted at official statisticians building on their key competences. The publication can also be useful when establishing partnerships with other producers and users of climate change-related statistics.More than 60 countries and international organisations endorsed the recommendations in April 2014. The recommendations were developed in collaboration with Canada (Chair), Finland, Italy, Mexico, Norway, Qatar and the United Kingdom and a number of international organisations, including European Environment Agency, Eurostat, Directorate-General on Climate Action of the European Commission,  Intergovernmental Panel on Climate Change, UNECE Protocol on Pollutant Release and Transfer Registers, United Nations Food and Agriculture Organisation, United Nations Framework Convention on Climate Change and World Meteorological Organisation.According to the recommendations, the usefulness of existing statistics should be improved by reviewing and developing data collection and compilation systems. While national statistical offices produce a considerable portion of the statistics required for greenhouse gas inventories, existing official statistics are not yet used to their full potential. Improving access to detailed, georeferenced data is important for research and analysis of climate change. Additional statistics may also need to be developed to describe the social and economic impacts of climate change, population vulnerability as well as mitigation and adaptation efforts.
Print copies can be obtained free of charge: please click here and indicate the publication title and your postal address or download: