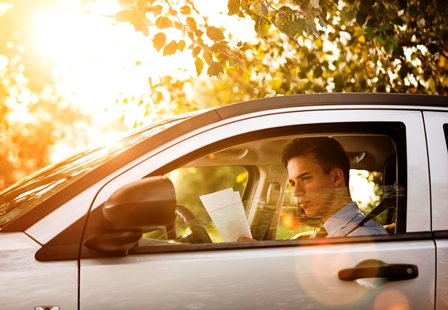 A major regulatory milestone towards the deployment of automated vehicle technologies will be attained on 23 March 2016 with the entry into force of amendments to the 1968 Vienna Convention on Road Traffic. As of that date, automated driving technologies transferring driving tasks to the vehicle will be explicitly allowed in traffic, provided that these technologies are in conformity with the United Nations vehicle regulations or can be overridden or switched off by the driver.

Automated driving will be the next revolution in the field of mobility. As human errors are the main reason for road traffic accidents, driving automatically controlled by a computer is expected to make future road transport safer. It has also the potential to be more environmentally friendly, efficient and accessible.

A second major regulatory aspect currently under discussion is the introduction of technical provisions for self-steering systems. These include systems that, under specific driving circumstances, will take over the control of the vehicle under the permanent supervision of the driver, such as Lane Keeping Assist Systems (e.g. when the car will take corrective measures if it detects that it is about to cross a lane accidentally); self-parking functions and highway autopilots (e.g. when the vehicle would be self-driving at high speeds on highways).

This will also include removing the current limitation of automatic steering functions to driving conditions below 10km/h contained in UN Regulation No. 79. In 2014, experts started evaluating the technical requirements that these innovations enabling automated driving shall comply with to ensure safety. This work is expected to be completed in September 2016 with a view to its potential adoption by the World Forum for harmonization of vehicle regulations in 2017.

Motor vehicles are highly complex systems which need advanced technical and legal standards in terms of road safety requirements. The technical requirements and the international traffic rules are agreed by Member States of the United Nations in the framework of the UN transport Conventions and Agreements administered by UNECE.

The Working Party on Road Traffic Safety (WP.1) is the only permanent body in the United Nations system that focuses on improving road safety. It is the forum where Member States exchange views and experiences on road safety, and discuss amendments to the United Nations legal instruments, such as the Vienna Conventions on Road Traffic and on Roads Signs and Signals of 1968.

List of Contracting Parties to the 1968 Vienna Convention on Road Traffic: http://www.unece.org/trans/maps/un-transport-agreements-and-conventions-08.html

The World Forum for harmonization of vehicle regulations (WP.29) has been working on automated driving functions (advanced driver assistance systems) for several years. In November 2012, it adopted UN Regulation No. 131 laying down the technical requirements for the approval of Advanced Emergency Braking Systems (AEBS) fitted on trucks and coaches. AEBS employ sensors to monitor the proximity of the vehicle in front and detect situations where the relative speed and distance between the two vehicles suggest that a collision is imminent. In such a situation, emergency braking can be automatically applied to avoid the collision or at least to mitigate its effects.