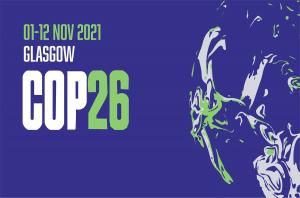 COP26 was a positive step forward in the fight against climate change, but as the UN Secretary General pointed out in his comments: “it is not enough. We must accelerate climate action to keep alive the goal of limiting the global temperature rise to 1.5 degrees.” The compromise deal reflects the interests, contradictions and political will in the world today.

Alongside my team of experts, I attended COP26 to meet with activists, diplomats, ministers and mayors from the UNECE region and beyond to find common ground in areas including sustainable energy, water, forests, cities and urban development. Away from the conference hall, we delivered real action to move the dial on all these issues.

At COP26, positive initiatives were announced on the four areas highlighted by the UK presidency as crucial to keep the world on course to 1.5 degrees: “Cash, coal, cars and trees”, as well as on other topics, in particular methane. From assessing alternatives to fossil fuels, to facilitating the uptake of electric and hybrid vehicles, supporting reforestation and strengthening forests’ role as carbon sinks, or providing guidance to reduce methane emissions, UNECE norms, standards, conventions and policy assistance, provide key tools supporting countries in their climate action.

We need a new and inclusive multilateralism to be able to properly address climate challenge. To support this shift, UNECE will continue to offer a neutral platform for inclusive and transparent dialogue, exchanges of best practices and lessons learned to support all countries in the region to build resilience and to accelerate the transition towards carbon neutrality. The clock is ticking. We have no time to lose.