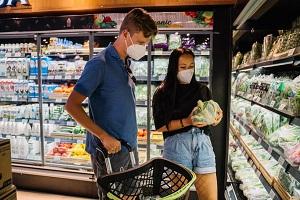 Statistical guidance released today will help countries delve into one of the harder-to-see aspects of gender equality: the distribution of power and decision-making within households.

All the major international policy frameworks on gender equality recognize the fundamental role of equality between women and men in the ability to make decisions and to control and access resources.  Critically, these frameworks point out that unequal power relations operate not only in the public world but also in the private sphere, within households.

But while producers of national official statistics have invested much effort in recent years to develop measures of gender differences in power and influence, few have yet caught on to this last aspect. Statistics on power and decision-making abound, covering, for instance, women's representation in politics and judiciaries and gender balance in the management of companies. These are all valuable, important statistics. But they are limited to power and influence in the public sphere of life.

Yet to even have a chance of holding a powerful public position, individuals must first be empowered in the private sphere of their own home. Without such empowerment, access to resources might be unequal yet remain hidden within existing statistics, which are often based on assumptions of household-level equality. With this in mind, academic researchers have for decades examined the distribution of power in homes, looking at who usually makes decisions about various matters, from routine grocery shopping to saving up for a car, and from seeing a doctor to visiting relatives.

The topic is not new, but the idea of bringing it into the fold of official statistics has emerged only recently, and only a handful of national statistical offices of countries in the UNECE region currently collect any information of this kind.

The group proposes seven different dimensions of intra-household decision-making—including decisions related to health, decisions about bringing up children, financial decisions and decisions about work—with suggestions of how these could be measured. Their work takes the existing practices in academia and development programming as a starting point, but argues that many of the commonly-used survey questions lack the nuance required for settings in UNECE countries, making them hard to understand and answer, and making it challenging to interpret the data gathered. Instead, the Guidance suggests that policy-relevant statistics on this issue need to take a broad view, covering the topic’s many aspects and recognizing that people’s subjective views of their own power to make decisions are an important complement to objective data on how people use their time and who does what in the home.

The culmination of three years’ work, the Guidance provides an inventory of existing surveys and survey questions on intra-household power and decision-making and presents the results of preliminary testing, offering countries inspiration and a chance to learn from the experiences of other countries. For example, tests in Canada showed that wording and cultural context matter—questions about ‘authority’ to make decisions did not go down well, and questions about who makes sexual and reproductive decisions led to confusion among people who could not imagine such decisions being taken by anyone other than themselves.

While few countries yet produce a full suite of decision-making indicators, some—Canada, Italy and Mexico, to name a few—do already gather data on some of these dimensions. Mexico’s existing surveys of family relationships and violence against women provided much of the foundation for the Guidance on personal liberties, such as decisions about personal appearance, going out, and taking part in political and community activities. Inspired by the UNECE Guidance, other countries are trialling the inclusion of decision-making questions in their surveys: Colombia, for example, is piloting the inclusion of related questions within its Time-Use Survey.

The Guidance is a first step towards integrating the measurement of intra-household power and decision-making into national official statistics on gender equality. Quantifying the silent inequalities behind closed doors could help to shine a spotlight on them, providing policymakers with evidence to guide their efforts towards altering the imbalances.