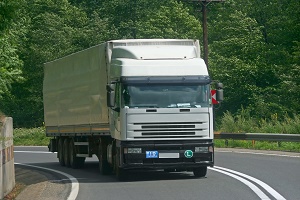 Countries have adopted provisions providing the legal basis for the paperless operation of the United Nations TIR Convention (the so-called eTIR) - the only global customs transit system, facilitating trade and the seamless and secure movement of goods across borders.

The TIR system, used by over 34,000 transport and logistic companies in its 76 Contracting Parties, already reduces cross-border transport time by up to 80%, and costs by up to 38%. The computerisation of the Convention’s procedures – which have so far relied on the issuing of paper documentation – is set to unlock significant further efficiency gains.

Seizing this potential, TIR Contracting Parties have been implementing, since 2017, a series of eTIR pilot projects, such as between the Islamic Republic of Iran and Turkey, and Georgia and Turkey. Other eTIR projects are currently under consideration, such as the eTIR intermodal project between Azerbaijan, Georgia, Kazakhstan and Ukraine or under development, such as the eTIR project between Azerbaijan and the Islamic Republic of Iran.

Following intense deliberations for the last three years among experts from the majority of the Contracting Parties, the TIR Administrative Committee has today agreed to a set of amendments to be introduced in the TIR Convention as well as a new Annex 11 on eTIR, providing the legal basis for the TIR system to operate digitally.

The eTIR will open new applications for the TIR system, in particular in the area of intermodal transport, for which the current paper procedure has proved cumbersome. This long-awaited revolution of the TIR system will not only provide a facilitated procedure for transport companies but will also further secure the TIR system for the benefit of all customs administrations using it.

UNECE Executive Secretary Olga Algayerova stated “The adoption of eTIR, which is the result of over 20 years of negotiations, marks a new chapter in the TIR Convention’s 70-year evolution. With more and more countries joining the Convention in recent years, including major economies like China, India and several countries in the Middle East, this important step will help to harness trade and connectivity as drivers of sustainable development.”

The TIR system requires customs and national authorities to provide minimal manpower and facilities – which is limited to checks on seals and the inspection of load compartments or containers – and reduces transit delays and congestion at border crossings.

The TIR Convention provides a framework for between 1 and 3.5 million truck trips every year to cross borders as quickly and efficiently as possible.