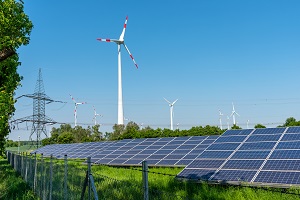 The global climate emergency cannot be addressed without the rapid transformation of the energy system. Accelerating the shift to renewable energy sources and dramatically improving energy efficiency will play a crucial role.

On the day of the UN Climate Action Summit 2019, UNECE has issued a progress report setting out policy recommendations on energy efficiency and renewable energy in selected countries of South-Eastern Europe, Eastern Europe, Central Asia, and in the Russian Federation. The report – which covers Albania, Belarus, Bosnia and Herzegovina, Bulgaria, Croatia, Kazakhstan, North Macedonia, Republic of Moldova, the Russian Federation, Serbia and Ukraine – emphasises that despite important progress made, much greater efforts are needed, both to capitalize on tremendous untapped potential for all forms of renewable energy, and to enhance energy efficiency.

The study analyses policy, legislative and regulatory frameworks, the financial environment and the level of awareness in the areas of energy efficiency and renewable energy from 2010 to 2018.

So far, renewable energy sources contribute only 11 per cent of the total final consumption in the UNECE region, with exclusion of large hydropower. The progress rate, however, significantly differs in the sub-regional context. For example, South-Eastern Europe reached 26 per cent renewable energy share. A much lower level of attainment is seen in other countries, including 3.5 per cent in the Russian Federation, 5.2 per cent in Eastern Europe and 7.4 per cent in Central Asia.

An analysis of the total final consumption in 2014 indicates that the residential sector consumes the largest share of energy in Belarus, Bosnia and Herzegovina, Republic of Moldova, Serbia and Ukraine. The industrial sector remains an important factor in energy use. It is the most energy-consuming sector in three countries: Kazakhstan, the Russian Federation and Ukraine. The transport sector also is a consistently high-energy sector in Albania and the Republic of North Macedonia.

The report identifies the development of policy, legislative and regulatory frameworks as an area of particular progress over recent years. Bulgaria and Croatia, as members of the European Union, were required to transpose the EU Directives’ provisions into their national laws to ensure major energy savings for both consumers and industry. Albania, Bosnia and Herzegovina, North Macedonia, Republic of Moldova, Serbia, and Ukraine are members of the Energy Community, spanning the European Union and its neighbouring countries, and have made legally binding commitments to adopt EU energy legislation.

Energy agencies, which can play an important role in advancing renewable energy uptake and energy efficiency, have been established in Albania, Bulgaria, Croatia, North Macedonia, Republic of Moldova, Russian Federation, and Ukraine.

The report identifies a series of gaps in the required frameworks and environment to further promote energy efficiency and renewable energy investments. Energy subsidies persist in many of the reviewed countries. This discourages investment because energy tariffs remain below cost-recovery levels in several countries and do not provide investors with the opportunity to recoup their investment.

Commercial financing lacks incentives, while the investments in the selected countries are mainly driven by international donors and development banks in the form of debt financing or grants.

Areas in which education and awareness raising gaps are present include: further implementation of governmental measures on improvements in tariff policies; tenders to support the implementation of energy efficiency and renewable energy projects; preparation of project design documentation; assistance to participants in the energy management system; and popularization of energy efficiency and renewable energy policies and opportunities for the general public. 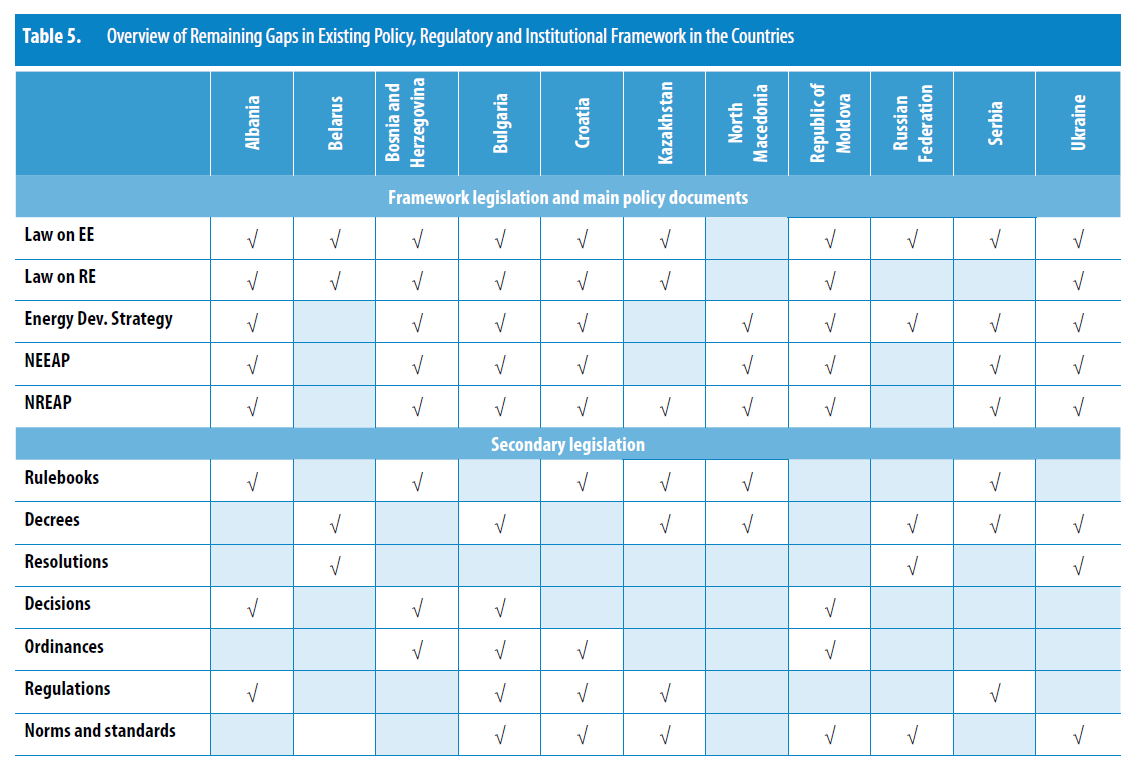 Addressing these gaps will support progress towards Sustainable Development Goal 7, which calls for ensuring access to affordable, reliable, sustainable and modern energy for all by 2030. The targets of SDG 7 include increasing substantially the share of renewable energy in the global energy mix and doubling the global rate of improvement in energy efficiency.

Building on progress made in advancing renewable energy (RE) and energy efficiency (EE) and in response to the gaps identified, the report outlines the following recommendations:

UNECE will continue to support the sustainable energy transition of countries of the region and stands ready to assist in in the implementation of these key recommendations.

The study is available.