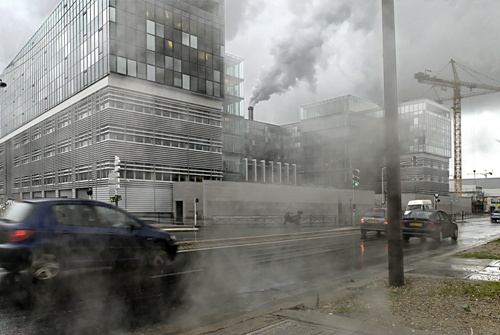 The twenty-eighth meeting of the Executive Body (EB) of the Long-range Transboundary Air Pollution Convention (LRTAP) took place in Geneva on 13-17 December 2010 concluding successfully months of preparations and hard work. This year’s meeting brought historic decisions for the LRTAP Convention, which will significantly expand the scope of the Convention. The Parties to the Convention adopted a Long Term Strategy for the implementation of the Convention and its work plan, which provide strategic directions for the Convention for the next 10 years and beyond. They also decided to include specific provisions for the revision of the Gothenburg Protocol (1999 Protocol to Abate Acidification, Eutrophication and Ground-level Ozone), with a view to completing this process by the end of 2011. One priority will remain providing assistance to countries in Eastern Europe, the Caucasus and Central Asia in ratifying and implementing various protocols under the convention.  Various bodies of the Convention tackle black carbon, which is an important air pollutant and at the same time one of the short-lived climate forcers. Black carbon is to be included in the revision of the Gothenburg Protocol as a component of particular matter. In the medium and long term, the Convention will investigate more closely the tropospheric ozone with all its precursors, including methane – a potent greenhouse gas and carbon monoxide. With black carbon in the revision of the Gothenburg Protocol, the Convention is the first international agreement to tackle a short lived climate forcer in the context of air pollution on a policy level. Climate Change is a global and long-term problem, but combating it can be also successfully done on shorter time scales and through implementing abatement policies on a regional scale first in Europe and Asia and then in other regions. Note to Editors
The Convention on Long-range Transboundary Air Pollution addresses some of the major environmental problems of the UNECE region through scientific collaboration and policy negotiation. Created in 1979, the Convention is extended by eight protocols that identify specific measures to be taken by Parties to cut their emissions of air pollutants. Parties develop policies and strategies to combat the discharge of air pollutants through exchanges of information, consultation, research and monitoring.
The 1999 Gothenburg Protocol to Abate Acidification, Eutrophication and Ground-level Ozone entered in to force in 2005. The current Protocol sets emission ceilings for 2010 for pollutants such as sulphur, NOx, VOCs and ammonia.  The Protocol also sets tight limit values for specific emission sources (e.g. combustion plant, electricity production, and vehicles) and requires best available techniques to be used to keep emissions down. The upcoming revisions will focus upon establishing new targets and including new pollutants in light of recent scientific findings.
Short-lived climate forcers (SLCFs) are substances like black carbon, troposheric ozone and methane that have relatively short lifetimes in the atmosphere ranging between days and weeks (black carbon and ozone) and up to several years (methane) and which contribute to global warming by negatively influencing the Earth’s radiative budget through absorption of solar radiation. Moreover, black carbon when deposited on ice and snow fields reduces surface albedo and thus increases absorption of solar radiation by the surface. Ref: ECE/ENV/10/P45