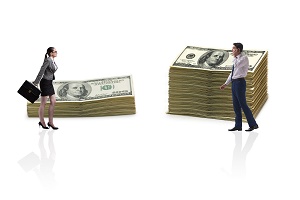 The gender pay gap remains a critical issue in all countries of the UNECE region. Although the gap has narrowed in most UNECE countries since 2012, it remains at 16% on average in hourly rates, and 21% in monthly earnings.

“The gender pay gap is not closing quickly enough in our region”, stressed UNECE Executive Secretary Olga Algayerova. “Current levels mean that women, on average have been working for free since the start of the year until today! This is unacceptable.  Ahead of International Women’s Day on 8 March and as we mark 25 years since the adoption of the Beijing Declaration and Plan of Action on gender equality – a vision not yet realized in any country - I call on all our member States to take decisive action to urgently ensure effective equal pay.”

Pay inequality is not a simple question of ‘equal pay for equal work’. Laws have made explicit pay discrimination on the basis of gender illegal across most of the region for decades. The key issue is unequal pay for unequal work. That is, the paid work done by women and men – both in terms of the jobs they hold and the hours they spend in paid employment – differ widely between the sexes.

The reasons are numerous and complex, ranging from the childhood influences that affect career aspirations and subject choice, through stereotyped expectations and sectoral and occupational gender segregation to the competing demands of unpaid domestic work and care duties which fall disproportionately to women. And of course, even though illegal, discrimination may play a role in decisions about hiring, promotion and salary.

The complex interaction of all these factors mean that neither measure of the gender pay gap—whether in hourly wages or in monthly earnings—can give a complete picture, and neither should be interpreted as indicative of explicit discrimination. Viewed together, though, and especially when also viewed alongside the prevalence of part-time work among women, they can shed essential light on the continued existence of pay inequality and help policymakers to target interventions to reduce the gaps.

In the Netherlands, for example, a country known for its high levels of gender equality in many respects, the pay gap in monthly earnings is high at 38.3 per cent, reflecting the large proportion of women working part time. Looking at the gender pay gap in hourly rates, on the other hand, at 15 per cent the country is below the UNECE regional average. UNECE will continue to support all its member States to advance women’s economic empowerment as a critical foundation for the 2030 Agenda, through capacity building, policy dialogue and data collection. UNECE mainstreams gender equality across all its activities and partnerships.