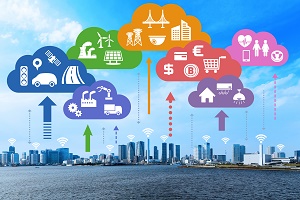 Internet of Things (IoT) devices are ushering in a new era of efficiency in global trade using sensors and other connected devices. The United Nations Centre for Trade Facilitation and Electronic Business (UN/CEFACT) has recognized the need to study the use of IoT for trade facilitation and the challenges presented by their implementation.

A range of examples were presented this week at the 31st UN/CEFACT Forum, to highlight the use of IoT in areas such as transport, logistics, storage and infrastructure, and discuss the role that governments could play in facilitating smart trade. For example, smart containers that share information with multiple stakeholders such as shipping lines, cargo owners, terminals, ports and other cross border agencies in order to enable a digitally enabled supply chain. Other cases highlighted include the use of IoT in agriculture, where smart farming is enabling growers and farmers to reduce waste, enhance productivity and improve quality in addition to allowing better tracking and tracing of agricultural goods within supply chains. The enhanced functionalities and benefits to trade from integrating IoT technology with blockchains and artificial intelligence was also highlighted.

Security is critical and the implementation of IoT-enhanced, reliable and trusted supply chains depends on the ability of an IoT network to establish secure and trusted communications and different ways of doing this were discussed. New ways of modelling processes and data may also be needed given the nature of IoT transmissions, which tend to be small and frequent, with the need, in some applications, to also store and transmit large data sets containing thousands of these smaller transmissions. Given the volume of data that IoT devices are likely to generate, experts recognized the need for new methods of data extraction and analytics in order to analyze them and derive actionable insights.

In this complex world where the IoT interoperates with blockchains and big data analytics, it was noted that auditing was important and would require the assessment of process-driven activities as well as devices and networks in order to identify and address potential risks.

As an outcome of this successful conference, it was decided to prepare a project proposal for   the use of IoT in Trade Facilitation. If approved, the project would take an in-depth look at IoT and trade facilitation including data standards and policy aspects such as information security and privacy, calling upon the expertise of a global team of experts.