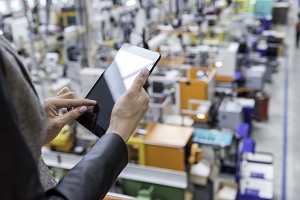 The OECD estimates that countries could reduce trade cost by about 5% only by simplifying trade documents, automating trade, and customs processes. The revision of two Recommendations and the adoption of a new one by the UN Centre for Trade Facilitation and Electronic Business (UN/CEFACT) last week will offer countries around the globe with additional tools to attain this objective.

One of the very first templates replacing paper documents by a concise electronic message is the UN/Layout Key. The revision of the UNECE Recommendation No. 1, which contains this template, provides further guidance on electronic equivalences to paper documents.

National Single Windows (NSW) are key to trading stakeholders for the ease of inputting all regulatory or commercial information at a single point for export or import transaction. However, the question of how could the NSWs interact between each other remained. UNECE Recommendation no. 36 now offers guidance and models on the exchange of trade data for both public and private sector operators in different countries.

A few weeks after the entry into force of the World Trade Organization’s Trade Facilitation (TFA) Agreement on 22 February 2017, countries are looking at means to measure how far they are from acting on removing cumbersome government regulations and delays. UNECE Recommendation No. 42 now offers countries a tool to assess their progress in trade and transport related measures.

These decisions were made at the 23rd Plenary session of the UN/CEFACT (3-4 April in Geneva), which gathered delegations from more than 20 UN Member States to review the work carried out by UN/CEFACT over the last year and discuss future challenges.  They could not be timelier. “In difficult times for international trade, trade facilitation is the only area where countries agree that we need to do more”, said UNECE Executive Secretary Christian Friis Bach opening the Plenary.

The approved recommendations and standards will contribute to the effective implementation of the WTO Trade Facilitation Agreement and regional initiatives such as the Framework Agreement on Facilitation of Cross-border Paperless Trade in Asia and the Pacific, programs on data collection and analysis, and the 2030 Sustainable Development Agenda.

In addition, several new projects of UN CEFACT contribute to achieving the SDGs as they relate to the sustainable management of fisheries, gender, environmentally sensitive commodities and endangered species.

The Plenary also approved the establishment of two groups of experts to assist UN/CEFACT with standardization activities. The “Advisory Group” on the UN Code for Trade and Transport Locations (UN/LOCODE) will support the maintenance and further development of this standard. A “Team of Specialists” on sustainable fisheries will support the implementation of the Fisheries Language for Universal eXchange (FLUX) and other international standards for sustainably fishery management.