UNECE and Eurasian Economic Commission recommend next steps in trade facilitation and the Single Window in the Customs Union of Belarus, Kazakhstan and Russia

UNECE and Eurasian Economic Commission recommend next steps in trade facilitation and the Single Window in the Customs Union of Belarus, Kazakhstan and Russia 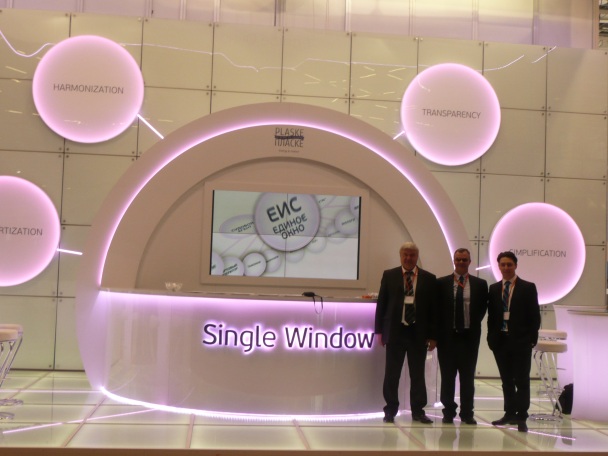 Russian President Putin had criticized at the investment Forum Russia-2012 the current situation, where his country occupies the 120th place in the World Bank’s Doing Business index. He has urged agencies to do their utmost to move the country to among the first 20.  Trade facilitation and the Single Window for export and import clearance can help achieve this objective.

The Conference provided up-to-date information on the implementation of international standards for data exchange and the Single Window in the Customs Union.

Experts from the EEC and its Member States spoke on the development of the Customs Union’s Integrated Information System for Mutual and Foreign Trade of the Customs Union. UNECE helps develop the project documents of this System, particularly for implementing international standards for trade-information exchange. Alexander Khotko, Deputy Director of the IT Department of the EEC and the person responsible for this System, noted that there should be three national Single Window projects, linked through the interface of the System. Kazakhstan was already on the right track with its Single Window project.

The Federal Customs Service of the Russian Federation presented its work on the System for Interagency Electronic Interchange. This System is built on the principles of coordinating models of information exchange, legal systems and rules for security of data exchange.