Cultivation of genetically modified seeds is on the rise worldwide and there has been diversification in terms of the types of genetically modified organisms (GMOs) grown in addition to the initial three (maize, soybean and cotton). In 2017, nearly 190 million hectares of GMO crops were grown in 24 countries, with about half of the cropland being located in developing countries (53 per cent). According to the International Service for the Acquisition of Agri-biotech Applications (ISAAA), 67 countries, including the European Union member States, have issued regulatory approvals for GMO seeds as food, feed or for cultivation. However, GMOs remain a controversial issue: worldwide, 38 countries have banned the cultivation of GMO crops on all or part of their territory – among them, 19 European Union member States.

According to Greenpeace USA, the release of GMOs entails potential risks to human health and the environment. In addition, GMO crops are the main driver for increased use of pesticides and chemicals in agriculture, as they are often more resistant to pesticides, including glyphosate. It is therefore essential to ensure that the public has complete access to all relevant information and is aware of, and can effectively participate in, decision-making regarding LMO (living modified organism)/GMO-related matters.

In order to develop the capacities of authorities through the sharing of experiences and expertise, a joint global round table was organized under the auspices of the Convention on Access to Information, Public Participation in Decision-making and Access to Justice in Environmental Matters (Aarhus Convention) and the Cartagena Protocol on Biosafety to the Convention on Biological Diversity (Geneva, 16–18 December 2019). The event was organized under the leadership of Austria. It brought together representatives of Governments, academia, the private sector, non-governmental organizations (NGOs) and other experts engaged in the implementation of both instruments from numerous countries of Europe, Asia, Africa and North and South America. They explored new patterns for sharing resources and best practices and for combining various regional perspectives into a shared vision. Kazakhstan, Lithuania and the Bolivarian Republic of Venezuela shared challenges and good practices when ratifying and implementing the Aarhus Convention’s Almaty Amendment on GMOs and implementing article 23 on public awareness and participation of the Cartagena Protocol on Biosafety. Speakers reported on the progress made towards the ratification of the Almaty Amendment on GMOs, the status of implementation of the Cartagena Protocol on Biosafety and experiences of interdivisional and cross-ministerial cooperation through the establishment of a steering committee to prepare and implement legal documents and programmes. It was suggested that, in order to tackle issues of insufficient expertise and limited technical and human capacity, authorities should consider establishing a consultative body consisting of scientists to examine environmental risk assessments. Participants also recommended following existing examples and setting up inter-institutional commissions on LMO/GMO-related matters open to NGOs, academia and other stakeholders. 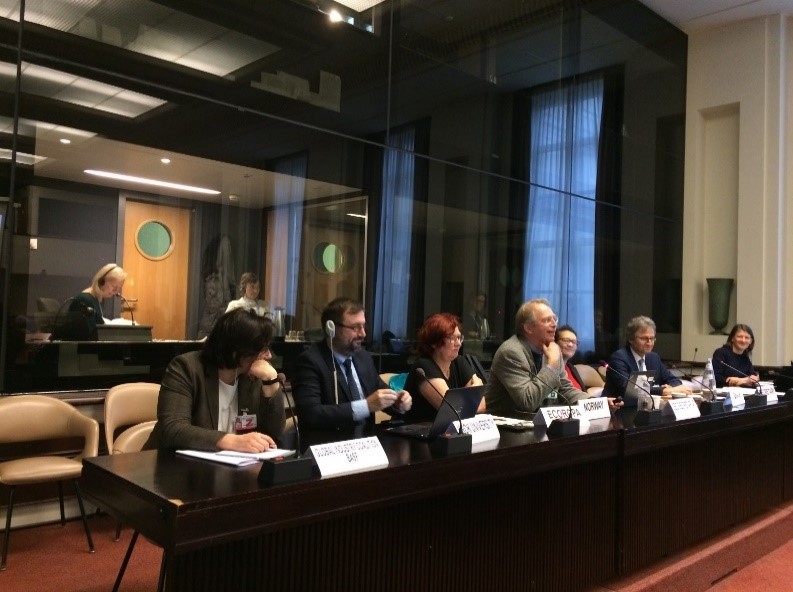 Examples regarding access to information were shared by the European Commission, Norway, Global Industry Coalition/BASF and the NGO Ecoropa/European ECO Forum. Experiences shared demonstrated that it was essential to provide access to information proactively as soon as the information became available, while also considering the needs of different target groups. Moreover, raw data should be made available along with data visualization, as the latter could make complex data easier to understand. Speakers highlighted the importance of providing access to correct and complete information. It was considered essential to ensure that the available information could also be reused and shared by the public. 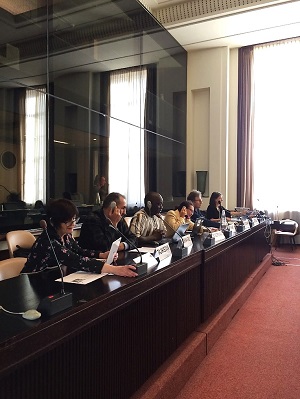 Representatives of Burkina Faso, Tajikistan and the NGO “Greenwomen”/European ECO Forum shared their experiences of raising public awareness of LMO/GMO-related matters. Burkina Faso reported that it had included the topics of deliberate release, contained use and placing on the markets of LMOs/GMOs and biotechnology and biosafety-related issues in the agricultural training curriculum to allow students to make informed decisions. In Tajikistan, Aarhus Centres were raising public awareness of LMO/GMO-related issues and offering training courses for customs staff, as well as standard-setting bodies, among others. The experience of the NGO demonstrated that the discussion on LMOs/GMOs could attract greater attention if a prominent public figure addressed the topic.

The exchange of experiences also showed that it was important for authorities to develop communication strategies that included key target groups and communication channels (for example, newspapers, social media, television, posters in public places, stickers and press materials). Dedicated personnel, funding and resources for communication activities needed to be allocated in order for a communication strategy to be successful. Moreover, the important role of NGOs in raising public awareness of the topic of LMOs/GMOs was acknowledged.

The round table featured a training session conducted by an associate professor from KROK University, Ukraine, during which participants practised identifying the public concerned for different cases: deliberate release, contained use and placing on the market of LMO/GMO. There was also discussion of how to apply a step-by-step approach to a procedure, which, if followed correctly, led to effective public participation in decision-making.

The training session was complemented by experiences in public participation shared by the Republic of Moldova, Slovakia, Tunisia and the NGO Journalists for Human Rights/European ECO Forum. The following issues were highlighted through presentations: the importance of notifying the public in a timely manner and of making all relevant information on public participation available online, including information on how to best prepare comments and participate in public hearings based on experience of previous interactions with the public; efforts required to translate scientific information into local languages; and the need to organize targeted training sessions on public participation that also included target groups such as women, journalists and local communities, so as to ensure input from a diverse public.

If the outcomes of public participation are visible in the final decision, then this is a good indicator that the public has been effectively involved in the decision-making process. Participants highlighted that public authorities should truly value public involvement in decision-making, as input from a diverse public contributed to better and more acceptable outcomes of decision-making. Such decisions would take into account scientific knowledge as much as ethical principles and religious concerns.

A solid proposal for the way forward

A rapporteur for each thematic session noted key issues, main challenges, benefits, good practices and suggestions for improvement that were raised during the presentations and ensuing discussions. A representative of the Philippines was the rapporteur for the session on access to information. A representative of Namibia summarized the thematic session on public awareness and a senior researcher from the University of Exeter, United Kingdom of Great Britain and Northern Ireland, reported back on the public participation session.

The round table resulted in proposals for the way forward, included in a Chair’s summary. At the national level, proposed actions included:

(a) The continued strengthening of coordination and cooperation between national focal points of the Aarhus Convention and the Cartagena Protocol on Biosafety;
(b) Mainstreaming biosafety, including public awareness, education and participation regarding LMO/GMO matters, into different sectors and policies;
(c) Strengthening the expertise and institutional capacity of authorities dealing with biosafety matters through, for example, capacity-building activities, including on new developments in the field of LMOs/GMOs, such as gene drive techniques and synthetic biology;
(d) Channelling LMO/GMO monitoring and detection equipment to national reference laboratories in order to strengthen them and establishing a network of reference laboratories nationwide.

At the multilateral level, the secretariats and subsidiary bodies of the Aarhus Convention and the Cartagena Protocol on Biosafety should continue to assist countries in ratifying and implementing the two instruments in the context of LMOs/GMOs. That assistance could include activities such as: finalizing the “pocket guide” describing benefits, systemic challenges, priority areas and good practices in relation to promoting transparency and public participation in LMO/GMO matters; developing a video to promote the materials and tools developed jointly under the auspices of the two treaties; and organizing a similar round table in the next intersessional period of the two treaties.

The outcomes of the round table were expected to assist Parties to both treaties and interested Governments in improving their legislation, policies and practices regarding access to information, public participation and public awareness of LMO/GMO matters. By enhancing the capacities of authorities in those areas, the event also helped Governments to further the achievement of a number of Sustainable Development Goals, in particular Goals 15 and 16.