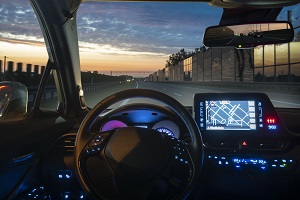 What are the various types of cyber threats posed to intelligent transport systems? What methodologies are available to governments to address critical security risks? These were some of the issues discussed by over 100 representatives of ministries of transport and other relevant agencies, cyber security experts from the automotive, IT and telecommunication sectors from the Euro-Asian region at a roundtable organized by UNECE and OSCE on 8 September.

Participants took stock of the various types of emerging risks and threats to intelligent transport systems in view of the accrued automation and digitalization of transport processes, and enhanced inter-connectivity between vehicles’ and the transport infrastructure’s IT systems.

“Given the complexity of intelligent transport systems and their and vulnerability to cyberattacks, it is important to develop a coherent security approach involving co-operative efforts of the international community as well as both the public and private sectors,” said Eni Gjergji, Economic Advisor in the Office of the Co-ordinator of OSCE Economic and Environmental Activities.

François Guichard, Secretary of the Working Party on Automated/Autonomous and Connected Vehicles at UNECE said that the security of intelligent transport systems would benefit from the recently adopted UN Regulation on cyber security, which introduces stringent requirements that manufacturers of different types of vehicles (cars, vans, trucks, buses, trailers, etc.) will have to comply with.

“We are pleased to observe that the adoption of this Regulation is already stimulating the development of the cyber security ecosystem that is needed to address those risks, given the increased connectivity and complexity of vehicles and of the technologies delivering ITS,” said Guichard.

Ways of capturing the benefits of new technologies without compromising the safety and other progresses achieved during the last decade in inland transport systems were also discussed.

Recommendations were put forward as to how the cyber resilience of intelligent transport systems can be further enhanced and the role that UNECE, OSCE and other partners could play in this regard.

The roundtable was part of a series of events co-organized by the UNECE’s Sustainable Transport Division, in the framework of its annual Inland Transport Security Discussion Forum, and the Office of the Co-ordinator of OSCE Economic and Environmental Activities (OCEEA).