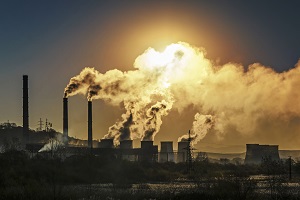 Ratification of the Gothenburg Protocol, a unique instrument to reduce emissions of key air pollutants under the UNECE Convention on Long-range Transboundary Air Pollution (Air Convention), by as many countries as possible, specifically by those in Eastern Europe, the Caucasus and Central Asia (EECCA), is vital for cleaner air in the UNECE region more broadly.

One of the priorities for the Convention in recent years has therefore been to encourage the ratification and to strengthen the implementation of the Convention and its protocols, targeting Parties from EECCA countries. With contributions from Parties, UNECE has engaged in capacity-building activities in order to enhance skills; increase understanding of the provisions of the protocols; share lessons learned; and transfer knowledge related to air pollution monitoring, national emission inventories and projections and abatement strategies.

When the amendments to the Protocol to Abate Acidification, Eutrophication and Ground-level Ozone (Gothenburg Protocol) were adopted in 2012, flexibilities were introduced to facilitate ratification by new Parties. However, so far, none of the countries in EECCA region have so far ratified it.

Almost a year after the entry into force of the latest amendments to the Gothenburg Protocol, Convention Parties from EECCA countries met virtually (16 October 2020) to discuss how to further facilitate ratification. They also discussed the upcoming review of the Protocol, to be initiated at the 58th session of the Working Group on Strategies and Review (Geneva, 14, 15 and 17 December 2020).

Countries from the region suggested further flexibilities, a step-wise or annex-by-annex approach to ratification, or specific conditions for countries from the EECCA region, as currently established for the United States and Canada in the protocol. Proposals will be further discussed at the upcoming Working Group meeting.