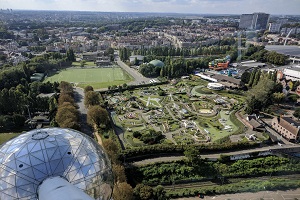 Between 2017 and 2018, emissions of key air pollutants that are harmful to human health and the environment have gone down in the European Union, according to the annual emission inventory report under the UNECE Convention on Long-range Transboundary Air Pollution (Air Convention). The report, published by the European Environment Agency last week, confirms the steady, albeit slow, downward trend in emissions for air pollutants in the EU since 1990.

While there are differences between individual countries, some of which also reported increasing emissions of certain pollutants, the EU as a whole reduced emissions of nitrogen oxides (NOx) (by 4.1%,), non-methane volatile organic compounds (NMVOCs) (by 2.0%), sulphur oxides (SOX) (by 6.7%), fine particulate matter (PM2.5) (by 3.8%), carbon monoxide (CO) (by 4.3%),  and ammonia (NH3) (by 1.6%). Major sources for these pollutants are residential heating (PM), agriculture (NH3), road transport (NOx) and power plants (SOx). Concrete targets to reduce emissions are set for Convention Parties under the protocols to the Air Convention, most importantly under the Protocol to Abate Acidification, Eutrophication and Ground-level Ozone (Gothenburg Protocol), amendments to which entered into force in October 2019. The EU’s National Emission reduction Commitments in the (NEC) Directive transposes the obligations under the Gothenburg Protocol into EU legislation.

While all EU Member States are Parties to the Air Convention, the Air Convention spans far beyond the EU and covers countries North America and Eastern Europe, the Caucasus and Central Asia. As air pollution can travel long distances, a part of the pollution level measured in one country might originate from a country thousands of kilometres away. This means that even if emissions are reduced at the national level in one country, pollution that comes from other countries can only be reduced through international cooperation, such as through the framework of the Air Convention.

Providing a platform for countries to negotiate binding emission reductions and to exchange best practices on how to implement reduction targets, the Air Convention has assisted countries in the region to improve air quality substantially. Further emission reductions are, however, needed to meet the reduction targets in the Air Convention’s protocols, which will lead to cleaner air across the region.