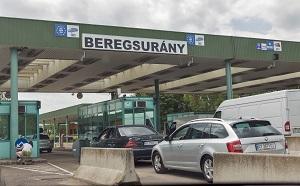 In October 2021, UNECE and (FIA) signed a Memorandum of Understanding (MoU) to formalize their cooperation in the digitalization of the CPD procedure. The future eCPD is expected to greatly improve the efficiency, speed and transparency of the system. Through enhanced data management, the eCPD system will reduce administrative burdens for customs procedures, make border-crossing operations more secure, and further support global mobility.

On 9 June, contracting parties, interested countries and national associations gathered to the Palais des Nations for a workshop, co-organized by UNECE and the FIA, to discuss the benefits of the Conventions and current efforts to advance digitalization.

UNECE Deputy Executive Secretary Dmitry Mariyasin recalled the relevance of the two conventions within the framework of the United Nations legal instruments in the field of border crossing facilitation and the urgent need to digitalise them.

Konstantinos Alexopoulos, Chief of UNECE’s Transport Facilitation and Economics section and FIA Tourism Services Director Habib Turki described how the digitalization of CPD will build on the lessons learnt from the conversion of the TIR system into eTIR. The new system should be developed using state-of-the-art technologies that ensure efficiency, flexibility and sustainability, while minimizing required efforts and resources. Such an approach will deliver a service covering the requirements of all stakeholders within a short time frame.

Christopher Davies from the Australian Border Force talked about the Australian experience with the CPD system and highlighted the many benefits the future eCPD system will bring, in particular improving storage efficiency and verification processes.

The Emirates Motorsports Organization (EMSO) Mobility Director Adel Sarris presented a case study on how the United Arab Emirates have moved to an electronic CPD service.