The 2017 ITC exhibition took place at the Salle des Pas Perdus of the Palais des Nations. The exhibition was reflective of the work the ITC carried out during the past seven decades as well as a glimpse into the future. It emphasized the achievements of the ITC in the broader context of history, culture, scientific development and transport and communication innovations - for each of the past seven decade. The whole exhibition was be designed to resemble a traffic setting using road signs and signals included in the Convention on Road Signs and Signals of 1968. The Ministers’ VIP tour was a guided tour through the exhibits by traffic signs so that they could experience the provided contents in an immersive way. The VIP tour was complemented with the ceremonial signing of the poster “The Future Inland Transport we Want” by Ministers during the VIP tour. 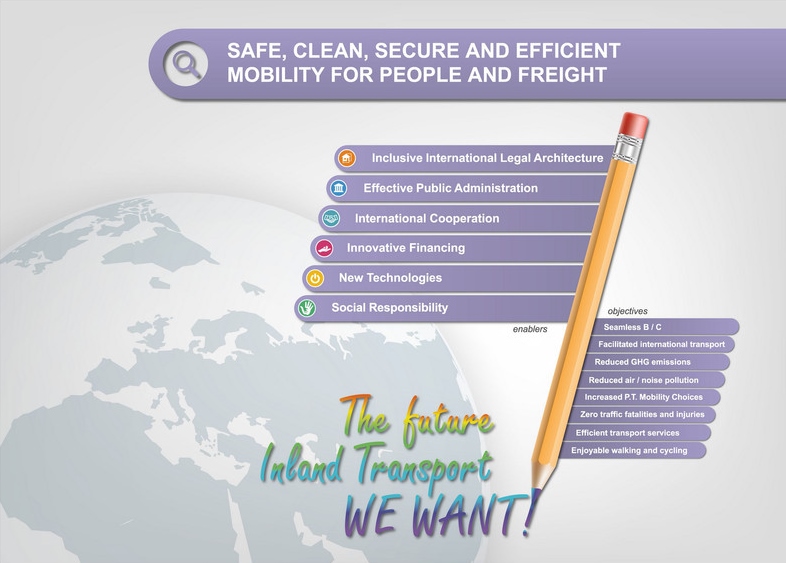 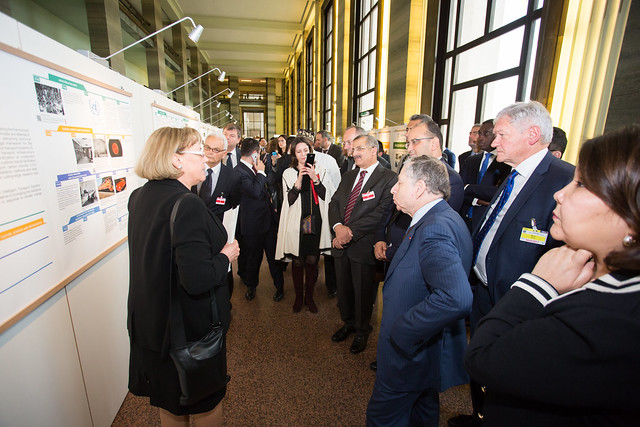