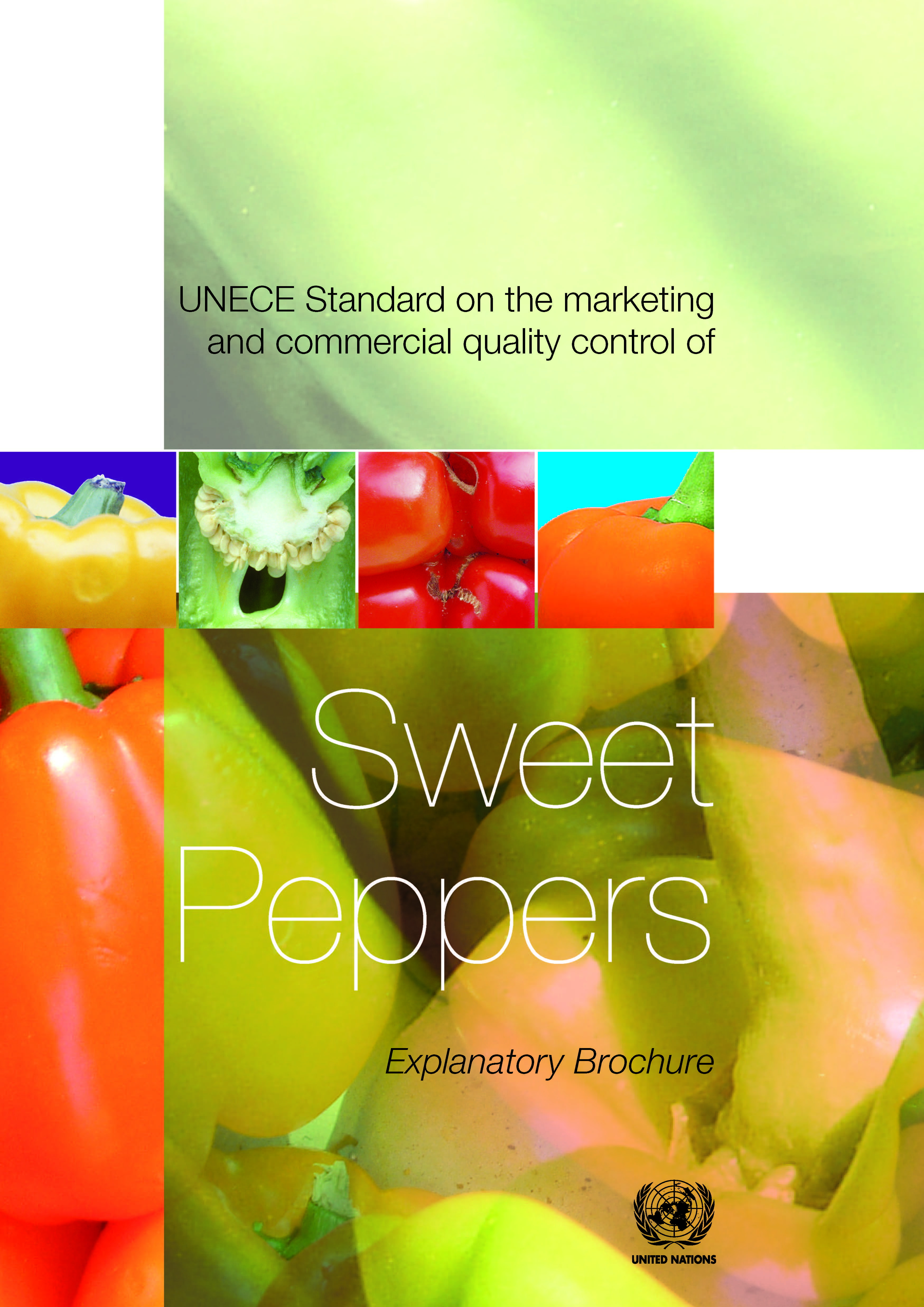 The Explanatory Brochure on the Standard for Sweet Peppers has been developed to harmonize the interpretation of the Standard, thereby facilitating international as well as national trade. It addresses producers and traders, as well as inspection authorities. It corresponds to the latest edition of the UNECE Standard for Sweet Peppers (FFV-28), which was officially adopted in November 2009. In November 2016, the Standard was revised. The current version of the Brochure was adapted to reflect all changes in 2017. Subsequent revisions to the Standard will be placed on the website at:  www.unece.org/trade/agr/standard/fresh/FFV-Standards.htmSweet Peppers - Explanatory Brochure (ECE/TRADE/387/Rev.2)