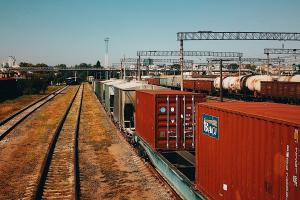 The economic and sanitary crisis caused by the pandemic calls for new ways of doing business. We need to digitalize data and document exchange in cross-border transport and supply chains to avoid person-to-person contacts, while increasing the efficiency of trade and transport operations. However, the fragmentation of efforts to digitalize different modes of transport and sectors risks undermining the efficiency of the whole endeavour. For this reason, UNECE’s efforts to harmonize standards for multimodal information exchange, aligned to the semantic standards and reference data models of the UN Centre for Trade Facilitation and Electronic Business (UN/CEFACT), are receiving increasing acceptance.

Working with the Government and other partners in Ukraine (ICC Ukraine, PPL 33-35), 42 other countries, and key regional and sectorial organizations, UNECE advanced this message at the annual UNECE Odessa seminar on trade and transport facilitation, carried out online from 26 to 28 May 2021. This year, the event was dedicated to the harmonization and integration of information flows in transport corridors, aligned to the Multimodal Transport Reference Data Model (MMT RDM) of UN/CEFACT, a UNECE subsidiary body.

The efficiency effect was demonstrated by the following example regarding the digitalization of the “eCMR“ road consignment note: the cost of issuing and using a single paper CMR consignment note is €6.23, which takes on the average 20.15 minutes of staff time, while the issuance and use of an electronic eCMR necessitates €1.69 and 5.5 minutes.

Working under a multi-agency UN Development Account project on the immediate response to the challenges of the pandemic, experts produced a package of standards to digitalize key documents accompanying goods transported by different modes. The latest addition to the package are the artefacts for the SMGS railway consignment note, finalized the week before the seminar. If implemented, these standards will allow for interoperability along the multimodal transport and supply chains. Standards have been prepared for documents accompanying goods in road, rail, maritime and inland water transport. Work has started on the last remaining mode of transport: air. UN/CEFACT and FIATA experts had developed and presented at the seminar a digital version of the FIATA multimodal Bill of Lading, aligned to the UN/CEFACT standards. The positive effects and prospects of these products for the future were presented at the seminar, showing the way forward for many more stakeholders.

Mr. Taras Kachka, Deputy Minister of economy and trade envoy of Ukraine, who opened the annual UNECE seminar for a third time, stressed its importance for the development of innovative solutions in trade and transport. The pandemic has opened two windows of opportunity for “building back better” in this area. UNECE and its partners in Ukraine managed to bring together stakeholders from a significantly larger number of countries and organizations than usual.

As the head of the digital cargo division of the International Air Transport Association (IATA) pointed out, the standards for electronic information exchange in 2000 were developed in the 1980s, those that we currently use in 2000, so we now develop the standards for 2030-2040. It will take time and money to implement them, but the benefits are clear.