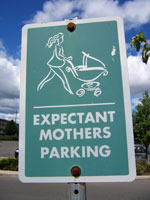 In addition to its major contribution to economic growth, transport plays a crucial role in socially sustainable development by broadening access to health and education services, employment, improving the exchange of information, and promoting social cohesion.

Transport is a traditionally male-dominated sector, both from an employment point of view and for the values it embodies. At same time, gender sensitive aspects of transport, it is widely recognised, are numerous and highly relevant.

Making transport policy more responsive to the needs of women requires a structured approach to understanding their needs, identifying instruments to address the needs, analysing the costs and benefits of those instruments, and establishing an appropriate policy framework. It also requires women to be represented at each step of the transport investment planning and design process. Government agencies and NGOs, community-based organisations and women’s groups which could assist in planning and implementation should be identified and consulted.

Internationally, gender has begun to feature as a recognized issue in transport policy and planning while transport has begun to feature on the agenda of gender policy. “Gender and transport" is therefore a somewhat new professional field. At present, it is fair to argue that there are no systematic gender inclusion procedures for transport, neither in terms of training of professionals, participation of users nor the design and planning of systems, services and equipment. As a result, it is easy to overlook gender: no protocols are in place and no sanctions are applied to those who fail to consider the transport needs of over half of the world's population.

With member Governments’ growing interest in this issue, the UNECE Inland Transport Committee included on its agenda, for the first time in February 2009, the issue of gender and transport. Member countries felt more needed to be done to ensure that gender is effectively mainstreamed into the Committee’s programme of work.

The topic of gender and transport is a multifaceted one, as demonstrated by major differences in the basic mobility needs of women and men. These differences are grounded in the gender-based division of labour within the family and community.

For this reason, the Committee asked its subsidiary bodies to consider those aspects of gender issues which are relevant for their particular area of work. Gender issues will thus be considered in forthcoming meetings and the expected outcome is raised awareness about gender and transport in general. More specifically, this work should help identify concrete topics to be taken up by the Committee in its future work.

A more detailed bibliography on gender issue in transport can be found here.