UNECE connects policymakers with standards for the SDGs 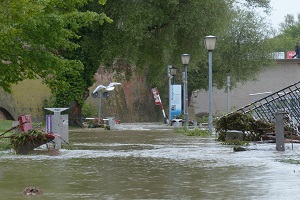 From the California wildfires, to Hurricane Florence in the Carolinas and the earthquakes and tsunami in Indonesia, disasters have wrought havoc in the lives of so many across our planet in the last few weeks alone. Local and national authorities are the prime responders when disasters strike, and the effective use of standards can make a difference for decisive action.

Examples of the use of standards to help policymakers build resilience to extreme weather events were among the most compelling stories that policymakers shared at the recent “Standards for the SDGs” event, held in Geneva on 26 September 2018. Integrating global policymakers with the Global Goals and practical instruments that allow for their achievement was the event’s focus.

The interplay between standards and regulatory work remains a challenge for many policymakers. As highlighted by one of the speakers at the event, in the immediate hours after a disaster strikes, many volunteers will step out to offer their help. All too often, public authorities turn them down as they may interfere with the rescue effort underway. With the right framework in place, based on a recently developed standard, spontaneous volunteers can provide great support to those in harm’s way.

UNECE develops and shares best practices on how authorities can make better use of standards in this and other areas. These practices have quietly prevented catastrophic impacts and helped get assistance to affected populations.

UNECE organized the Standards for the SDGs event – jointly with the International Standardization Organization (ISO) as part of their 41st ISO General Assembly – and presented a mapping database and empirical research highlighting the practical application of standards in the shaping of regulations and policies. This work was developed as part of a larger UNECE project, supported by the German Metrological Body of Germany (PTB), the Institute of Electrical and Electronics Engineers (IEEE) and ASTM International and aimed at supporting Member States’ usage of standards for sustainable development.

Based on a peer learning approach, the event brought in over 800 representatives from the standards community, UN organizations, businesses, diplomats and national policymakers. Line ministries, regulatory bodies and local and central administrations shared their standards-based approaches to common challenges and aspirations, in critical sectors such as water, energy, smart cities, and climate action. This experience brought one participant to conclude that she would have “done things very differently” had she fully grasped the potential of standards and better understood their implementation.

In his opening address, the Director-General of the United Nations Office at Geneva, Michael Moller, acknowledged how the event was an example of the collaboration that UN promotes in its daily work “to foster new partnerships, share lessons learned and support the creation of collective solutions to cross-cutting challenges”, such as the implementation of the 2030 Agenda.

Sergio Mujica, ISO Secretary-General underlined the importance of the two communities working together. “This conference will allow us to share experiences, learn from each other and strengthen partnerships between standards bodies, policy makers, stakeholders and UN organizations. It is my hope that the policy makers in the room will walk away from today’s event with an enhanced understanding of how to use International Standards in support of their 2030 Agenda policy goals. And that the standardizers in the room will come away with greater insight into the needs of the global policy-making community.”

UNECE will continue to partner closely with standards organizations, such as ISO, to bring norms more fully within the “SDG toolbox”. After the “Standards for the SDGs” event, UNECE supported a workshop on “Urban resilience for developing countries” in Stavanger, Norway, with over 120 participants from more than 20 countries. UNECE presented best practices from the “Standards for SDG event” on how policy makers are using standards to meet the priorities of the Sendai Framework for Action, of the New Urban Agenda as well as Sustainable Development Goal (SDG) 11, which aims to “Make cities inclusive, safe, resilient and sustainable”.

UNECE is also working in support of the realization of SDG 5 on gender equality and women’s empowerment. UNECE welcomes the historic decision of the Committee of ISO Developing Countries to invite ISO to consider gender equality in its policies and procedures and to take concrete measures to promote the participation of women in standardization, and develop more gender responsive standards to support the achievement of SDG 5.