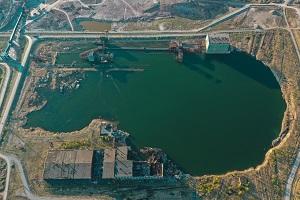 For many countries, mining is an important industry in terms of economic and social development. Mining activities however generate hazardous waste that is commonly stored in ponds or tailings, often referred to as tailings management facilities (TMFs). Failures at TMFs have regularly led to environmental catastrophes with devastating effects on humans and the environment, as evidenced in Baia Mare (Romania) in 2000, Ridder (Kazakhstan) in 2016 or, more recently, in Brumadinho (Brazil) in 2019.

The decision urges Parties to review their legislation and policies on mine tailings storage and management against the Safety guidelines and good practices for tailings management facilities, which were published by UNECE in 2014. This will help to increase readiness to assess, manage and reduce future risks associated with natural hazards triggering technological accidents (Natech), which are expected to increase due to the combination of a growing demand for mineral resources and accrued climate-related extreme weather events.

The decision also further advances the Convention’s long-term strategy until 2030 by recognizing the importance of establishing a high level of mine tailings safety by addressing regional hotspots. With this decision, Parties have committed to preventing mine tailings accidents and their disastrous effects   by enabling and enhancing transboundary cooperation. The decision also recommends all UNECE countries and invited countries beyond the region that extract mineral resources to use the above guidelines and the methodology to achieve their harmonized application.

On this occasion, UNECE is launching a new video on mine tailings safety highlighting the high risks that poorly designed and managed TMFs pose to societies, the environment and infrastructure. It emphasizes the importance of preventing tailings failures, including their transboundary effects, and prioritizing safety. Furthermore, it explains the additional challenges that countries with economies in transition face with orphaned or abandoned TMFs. The video is available in English and Russian.

About the Safety guidelines and good practices for tailings management facilities

The Safety guidelines and good practices for tailings management facilities were prepared by UNECE’s Joint Expert Group on Water and Industrial Accidents, endorsed by the governing bodies of the Industrial Accidents Convention in 2008 and Water Convention in 2009 and updated and published by UNECE in 2014.  They support policy-makers and the business sector in harmonizing their regulations and requirements concerning the safety of TMFs. Taking a case-by-case, or site-by-site, approach for the TMF lifecycle (planning, construction, operation and closure), the guidelines offer concrete tools to address climate and hydrology, topography, geology, tailings properties and other conditions. Supporting the work on tailings management and safety, the German Environment Agency created a Checklist Methodology to support countries in the practical implementation of UNECE’s guidelines.

A dedicated seminar took place on 1 December 2020, aiming to support UNECE member States, including Parties to the Convention and beneficiary countries to the Convention’s Assistance and Cooperation Programme in their efforts to implement the Convention and take action on strengthening mine tailings safety. The seminar comprised 10 presentations by experts from countries from the UNECE region and beyond, stakeholders and the UNECE secretariat. The seminar informed participants of the importance of mine tailings safety now and in the future. It also offered a platform to discuss the tools available to manage the risks associated to TMF failures, and proposed actions to take by countries in the UNECE region and beyond.

About accidents at tailings management facilities

Major industrial accidents at TMFs have occurred in countries in the UNECE region and beyond. In 2000, a tailings storage failure occurred when the dam of a tailings pond broke in Baia Mare, Romania and approximately 100,000 cubic metres of liquid and suspended waste containing cyanide spilled and contaminated the Sasar, Lapus, Somes, Tisza and Danube Rivers before reaching the Black Sea. This contaminated supplies of drinking water and diminished fish stocks in Romania, Hungary and other downstream countries. In 2016, mine tailings with cyanide spilled into the Ulba and Filippovka Rivers from the mining town of Ridder, Kazakhstan. This caused water pollution that reached Omsk, Russian Federation, which was more than 1000 km away. Beyond the region, in 2019, a major TMF storage failure occurred in Brumadinho, Brazil. A tailings dam collapsed and spilled approximately 12 million cubic meters of mining waste, killing at least 259 people and causing 5 miles of destruction in the local town and countryside.